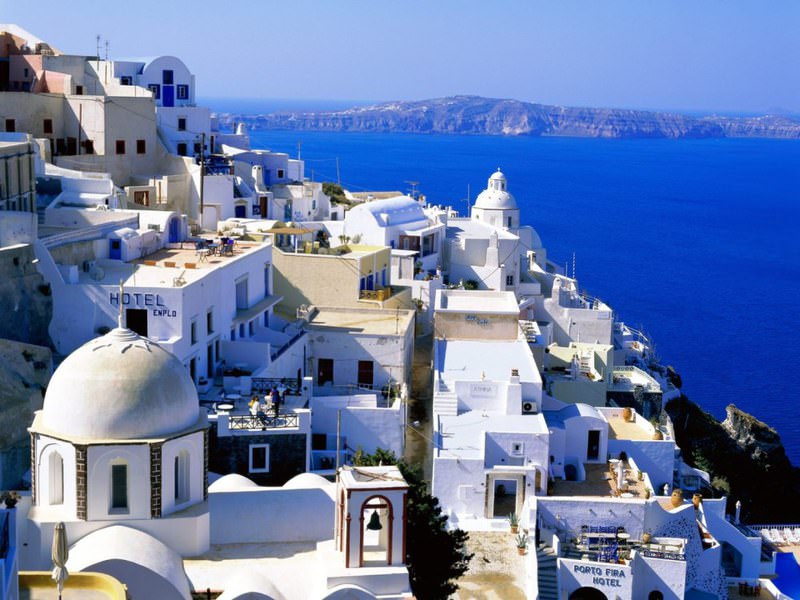 by daily sabah Sep 30, 2015 12:00 am
The Greek Finance Ministry announced that as part of the Third Salvage Agreement with international creditors, the VAT discount offered to six islands with high tourism potential has expired. As of Oct. 1, 6 percent, 13 percent and 23 percent VAT rates will be applied for the islands of Santorini, Mykonos, Rhodes, Naxos, Paros and Skiathos. Further, the VAT rates will be increased in more islands in 2016 and 2017.

The Finance Ministry however announced that the increase in VAT rates will be revised in 2016 and if the tax revenue targets are exceeded and the measures against tax evasion are successful, then measures extenuating the harsh effects of the VAT increase may also be implemented. The Greek government had sacrificed tax concessions for the islands, which was one of its red lines during the negotiations with its creditors for additional funding. Due to high transportation costs, sales tax was collected at a 30 percent discount on the Greek islands.
RELATED TOPICS