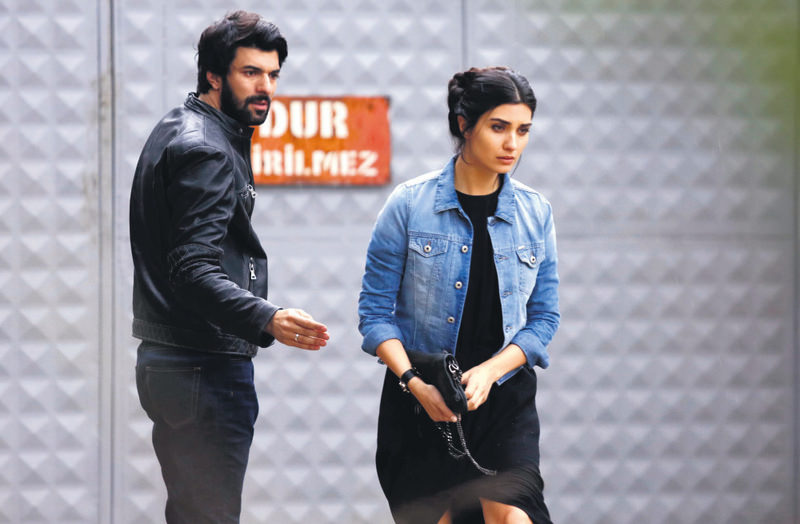 by Dilek Güngör
Oct 07, 2015 12:00 am
Turkish television series have been introduced at the World's Entertainment Content Fair, MIPCOM 2015, which opened its doors to visitors on Monday in Cannes, France. The Country of Honor this year is Turkey and the number of participants from Turkey has doubled this year to 411. In total, 4,500 global participants will attend the fair, which will continue until Oct. 8.

The chairman of Istanbul Chamber of Commerce (İTO), İbrahim Çağlar, said that while Turkey's TV series exports did not even add up to $10,000 in 2004, this year's exports were around $350 million and the target for 2023 is $1 billion. Explaining that in the past an episode was sold for only $500, with the increase in quality and recognition, Çağlar said that currently an episode can be sold for more than $200,000. "The price per minute of Turkish TV series is around $4,500 and we have the chance to create individual brands from anything shown on TV that is unique to Turkey. In other words, the branding Turkey requires lies at the end of the remote control," Çağlar said.

Calling Turkey one of the most exciting producers of visual culture in the past 10 years, Çağlar said that Turkish series are currently aired in around 80 countries from the Middle East to Central Asia, North Africa to Eastern Europe. İTO has established a 300 square meter Turkey tent along with the Turkey stand at MIPCOM, which will be visited by professionals from 112 countries. Panels and discussions with Turkish artists and producers including Hülya Avşar, Halit Ergenç, Kıvanç Tatlıtuğ, Engin Altan Düzyatan, Wilma Elles will be held at the tent with the concept: "Turkey: Home of Content."

Çağlar added that Turkish TV series have reached more than 400 million viewers in various countries and that the new markets are Latin America and Scandinavia. He also said that attempts are in place for marketing series to Far Eastern markets. "Our distributors are trying to enter big markets like Indonesia, Malaysia, India and China," Çağlar said.