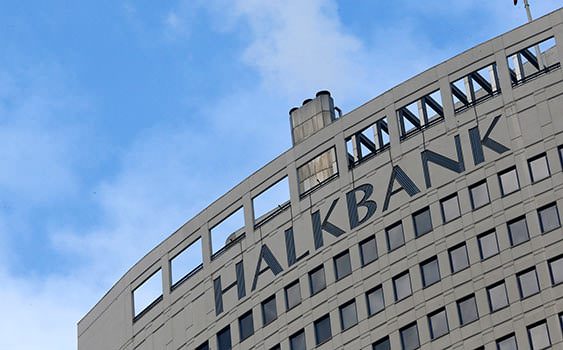 by daily sabah
Oct 20, 2015 12:00 am
Ali Fuat Taşkesenlioğlu, the CEO of Turkey's state-run lender Halkbank, said the bank's plan to establish a participation bank has been postponed for judicial reasons and the bank's management team has been working on a new formula that will eliminate the necessity of increasing capital.

On Oct. 15, the bank released a statement via the Public Disclosure Platform (KAP), saying that it appealed to the Banking Regulation and Supervision Agency (BDDK) to cancel its previous approval for the establishment of a subsidiary participation bank. However, it did not mention the reason for the withdrawal in the statement and said it might re-address its plan in the future.

Reports suggest that the reason for the postponement is the bank's public share of 49 percent, 80 percent of which is held by foreigners. However, the undersecretariat of the Treasury wants the planned participation bank to be established using 100 percent Turkish capital. The establishment of the bank might be brought up again after the Nov. 1 elections.