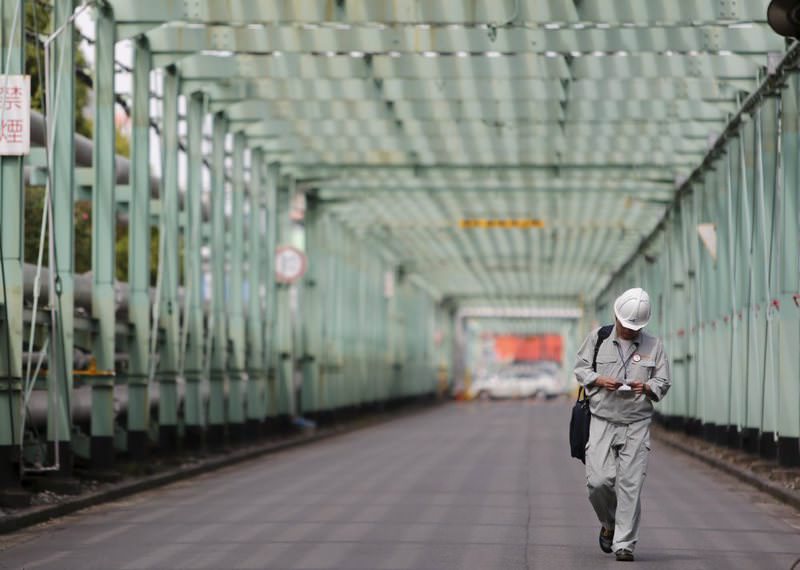 by reuters
Nov 03, 2015 12:00 am
Activity in China's colossal factory sector shrank in October as global demand stuttered, reinforcing the case for more stimulus and questioning whether the Federal Reserve can be confident enough to raise U.S. interest rates this year.

A crop of industry surveys out Monday pointed to another poor month for trade across Asia as activity contracted in South Korea, Taiwan and Malaysia. Only Japan showed any hint of growth, perhaps thanks to the persistent weakness of the yen. Analysts at Barclays see a risk the PMI could fall under 50.0 for the first time since 2012.

"A negative reading on the ISM would be consistent with our view of continued headwinds facing the U.S. manufacturing sector from a strong dollar, weak foreign demand and lower energy prices," they said in a note. "We think that soft U.S. inflation and ongoing turbulence in emerging markets will keep the Fed on hold this year."

The U.S. central bank surprised markets last month by downplaying global growth worries while opening the door wide to a rate hike in December. Those optimists looking for signs of revival in Asia found slim pickings in the latest data.

Activity in China's manufacturing sector unexpectedly contracted in October for a third straight month, according to the official survey out on Sunday. The Purchasing Managers' Index (PMI) held at 49.8 in October, missing market hopes for a break-even 50.0 reading, while new export orders shrank for the 13th month.

That was followed by the Caixin/Markit China PMI which focuses on small and mid-sized companies. It edged up to 48.3 in October, from 47.2, but still pointed to an eighth montWWh of contraction.

Beijing has rolled out a raft of support steps to avert a sharper slowdown, including slashing interest rates six times since November, but the stimulus has been slower to take effect than in the past. China's woes are being felt among its neighbours. South Korea's exports slumped the most in more than six years in October, with hefty drops in shipments to China, the United States and Europe. The Nikkei/Markit PMI for South Korea ticked down to 49.1 in October, and has not been above 50 since February.

South Korea is the first major exporting economy to report monthly trade data and is home to global suppliers such as Samsung Electronics, Hyundai Motor and Hyundai Heavy Industries. The only promising news came from Japan where the Markit/Nikkei PMI hit the highest in a year at 52.4. Yet its economy remains at risk of recession and markets are wagering the Bank of Japan will have to expand its asset-buying campaign further in the next few months.

The European Central Bank has already flagged the likelihood of more easing when it meets in December, putting pressure on other major central banks to follow suit or see their currencies appreciate. A host of euro zone PMI's are due later Monday with analysts forecasting the overall index to stay at 52.0 in October.