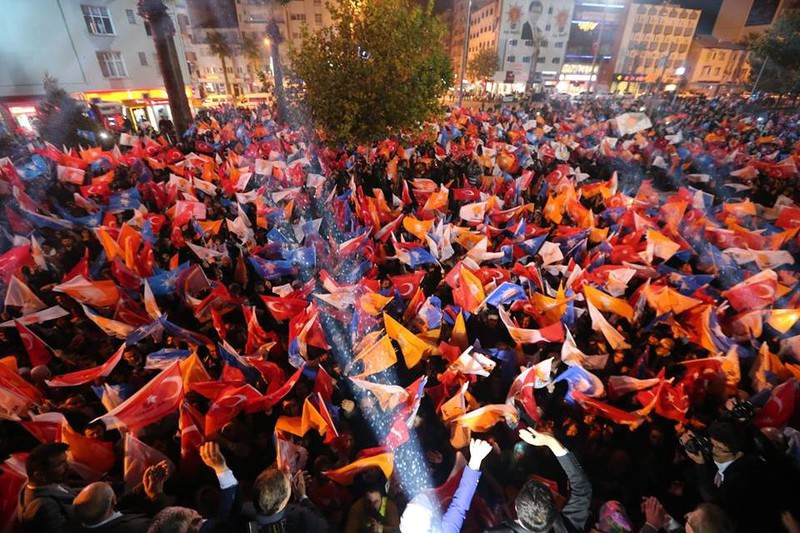 by Daily Sabah with AA
Nov 03, 2015 12:00 am
The Justice and Development Party's (AK Party) election victory, which will allow the party to form a single-party government, is good news for foreign investors, experts told Anadolu Agency on Monday. Experts and politicians agree that political stability will bring economic stability, facilitate structural reforms and provide the fiscal discipline required for a stable economy, stressing that these favorable conditions will attract foreign investors to Turkey.

"The end of political uncertainty in Turkey is good news for foreign investors," Christopher Dembik, an economist with Saxo Banque in Paris, said in an interview late Sunday night. "We can now expect ongoing coherence in financial policy and hopefully more rapid action on structural reforms." Finance Minister Mehmet Şimsek told the press on Sunday that political uncertainty had ended with the election result. "This is a great opportunity for us to carry out reforms," he said.

According to preliminary results based on 99.58 percent of votes counted, the AK Party secured 49.41 percent of the vote — a higher proportion than any of the opinion polls' predictions — winning 316 seats in the 550-seat Grand National Assembly.

"Investors had priced in concerns about a continuing period of instability, expecting no single party to be able to govern after this election," explained Neil Shearing, chief Emerging Markets economist with Capital Economics, in an interview on Sunday night. "With a stable government installed, the government can take action to reduce the current account deficit and stimulate job creation. Investors can now expect the government to take steps to increase economic growth," Shearing said. "This is a critical transition for the country." The current account deficit was at about 5 percent of Gross Domestic Product in October, according to official statistics.

Stability had been a key concern for Turkey as credit agency Fitch Ratings pointed out in its note on the Turkish economy released on Oct. 22. Fitch cited political uncertainty as a key factor in its "BBB-" credit rating for the country, an investment-grade rating but one on the low end for emerging markets. "If November's election led to the formation of a stable government, structural reform and growth could benefit," the note said. Fitch cited successful government control of spending as a key factor in its rating decision. "The government will in fact be better positioned now to continue controls on spending, and on the balance sheet," Dembik pointed out. "It will also be able to keep its hand on burgeoning consumer credit. There is no doubt that a stronger government will be able to shape policy in a coherent way," David Tittensor, political analyst at Deakin University in Melbourne, told Australian ABC news on Monday. "This will reverse the trend of the past few months, and offer solid direction," he added.

The government had forecast 3 percent growth for the economy in 2015 in its medium-term economic program published on Oct. 12, but economists now think higher growth might be achieved.

"The end to political uncertainty could free up the investment that had been held back before the election," Dembik said.

Interest in Turkish lira assets will undoubtedly increase after this election result, observed Bora Tamer Yılmaz, an economist with Ziraat Securities in Istanbul. "This will be a huge upside for lira assets — that's a no-brainer," Yılmaz said. "And, in the long run, Turkey won't reverse her institutionalization process. Institutions will confirm the investment grade rating and probably further upgrades are in the pipeline on the back of the country's stellar fiscal stance," he added.