Drought in Colombia threatens one of world's top coffees 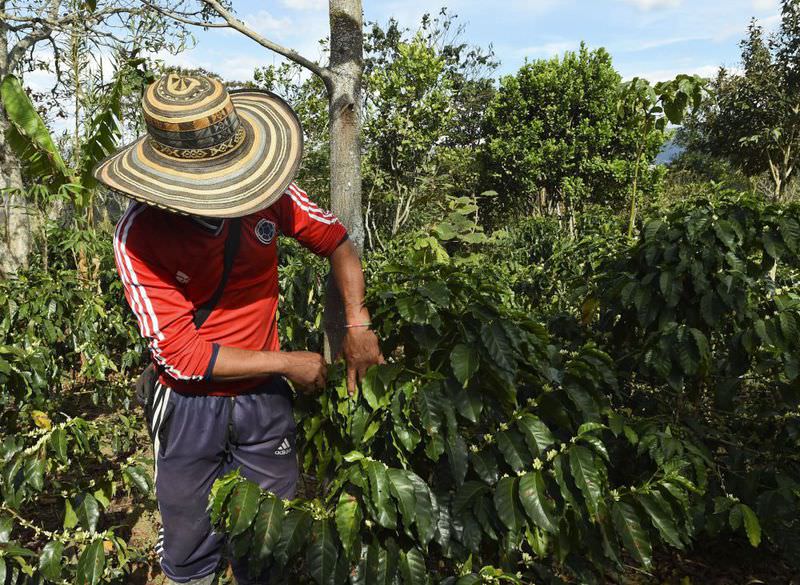 by Nov 06, 2015 12:00 am
A drought caused by the El Nino weather phenomenon is worrying farmers in the Colombian Andes who fear for their crop- one of the world's most prized coffee beans. "The harvest is about to be lost. We farmers are in total despair," said Raul Fajardo, 56, who grows coffee beans at 1,800 meters up on the slopes of the Galeras volcano.

His 10-acre estate is one of many in Narino, southwestern Colombia, certified as a top coffee-producing region for its mellow-tasting, fine-smelling produce.

Nervously surveying his plantation, Fajardo explains that a recent water shortage is "stressing" his coffee plants. The stalks have flowered and could yield a record crop, but they need more rain to do so.

"It has been nearly six months and they forecast it will be like this for five months more," Fajardo said. "That would ruin farmers in this region." "Coffee from Narino is the best in Colombia," Fajardo says - placing it high in the running for best in the world.

A neighboring farmer, Eduardo Salas, explains why. "We get more hours of sunlight and that means a higher concentration of sugar in the grain," he says. But extreme weather is making it an ever-greater challenge to keep producing the cherished beans for the world's cafes. The unusually warm temperatures caused in the Pacific waters around the equator by El Nino typically lead to less rain in South America, and this year has caused a severe drought in Colombia.

Authorities say it is likely to worsen as of December and could last until June next year.

"The worst is yet to come. The critical months will be December, January and February," Colombian Environment Minister Gabriel Vallejo said last week. Some regions, including the Andes, are suffering a 60 percent decrease in rainfall, according to the state Institute of Hydrology, Meteorology and Environmental Studies (IDEAM).

"We are being hit hard by this long summer," said Gilberto Diaz, another farmer in Narino, who has been working in the coffee business for 30 years. "Around here there are estates of just a few hectares. It is all very basic and there are no irrigation systems. We are having to bring water up from the gorges, and there is very little left." Elsewhere in Narino, illegal coca plantations dot the land, forming green patches on the parched mountainsides. Growing coffee here is less dangerous than producing the raw material for cocaine, but it earns you much less.
RELATED TOPICS