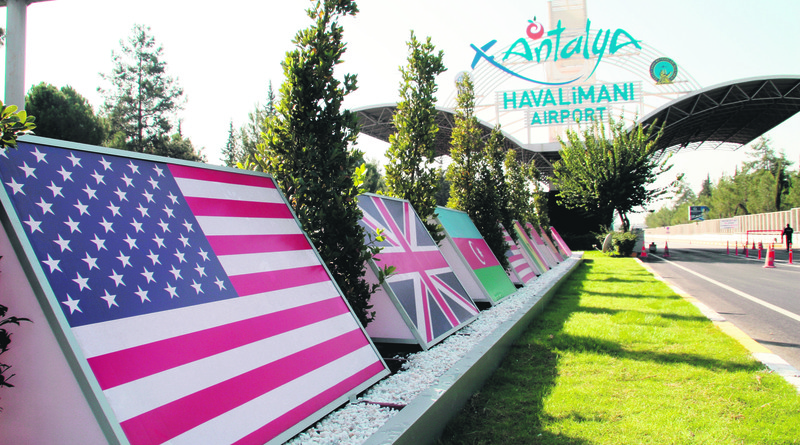 Hotels and staffs are ready to host world leaders at the G20 Leaders Summit in Antalya under the presidency of Turkey. Tourism experts consider the summit as an opportunity for promotion of Turkey's tourism

There are only a few days left to the G20 summit in Antalya, which will host leaders from G20 countries, comprising 85 percent of the global economy. The event in Antalya will contribute a great deal to tourism in 2016 and is expected to bring 200 million euros ($215 million) to the country's economy.

Thirty-seven world leaders and committees are working hard to finish all the preparations for the summit that will commence on Nov. 13 in Antalya's Belek district. The Young Tourism Professionals Association and World Tourism Forum President Bulut Bağcı said the hotels where leaders and committees will stay are now closed and the region is currently very active. He also said Saudi Arabia reserved the highest budget for the summit. "With a large hotel, they have also closed other nearby hotels and they will attend the summit with a 1,000-man team, 500 Mercedes VIP cars and a budget of TL 2.5 million [$857,530] for the cars and TL 15 million for accommodation," Bağcı said.

After Saudi Arabia, China reserved the second-highest budget for the summit. They have closed a 450-room hotel and will be using 500 cars. Russia follows the U.S. representatives, which has closed two hotels with a total of 800 rooms. The hotel in which Russian President Vladimir Putin will also stay has 300 rooms.

Tourism professionals said the summit is a great chance for tourism as it will promote Turkey and prove that it is a safe destination and priceless marketing for Turkey as summits like the G20 at which world leaders attend are broadcast around the world. The G20 is made up of 19 countries that are the biggest economies in the world and the European Union Commission. The G20 summit in Antalya will host 37 global giants. Azerbaijani President İlham Aliyev will also attend the summit as the 21st country with the invitation of President Recep Tayyip Erdoğan. Along with making up 85 percent of the global economy, 80 percent of global trade is carried out by G20 countries.

Press and media from some 150 countries will follow the summit and stay at Kaya Palazzo. A 50,000-square-meter Turkey tent has been established and will offer Anatolian food. About 5,000 journalists have been accredited for the summit and crucial technical investment has been made for live broadcasting at the Kaya Pazalloz Convention Center. Currently there are 50 hotels in Belek that offer various leisure activities such as golf, swimming, tennis, beach volleyball and offer various ultra-luxury villas, suites and king's suits, some of which have been designed by famous, leading architects. The luxury villas, with either views of the sea or the forest, range between 45 and 300 square meters, are equipped with bullet-proof windows, voice-operated lights, smart automation and climatization systems. Prices for the villas and king's suits where world leaders will stay range from $2,500 to $30,000. Visitors can also visit various historical sites such as Aspendos and Perge.

Barriers being placed in Antalya

The security measures around Belek in Antalya, which will host G20 Leaders' Summit, are at the highest level as it draws near. With leaders from 20 countries in attendance, the summit will take place on Nov. 15 and Nov. 16 and the roads that connect to the main region reserved for the summit will be closed to traffic between Nov. 10 and Nov. 17 There are 1-kilometer barriers between the area reserved for the summit and the Belek intersection and Belek center. Further Mobese and facial recognition systems have been established between the airport and the area of the summit. Signalization, Mobese, painting and landscaping work took place around the Belek intersection. Various protection cars have arrived in Belek and flags of countries attending the summit have been placed at the airport and the entry to Belek.
Last Update: Nov 09, 2015 2:23 am