Popular noodles back on shelves in India after scare 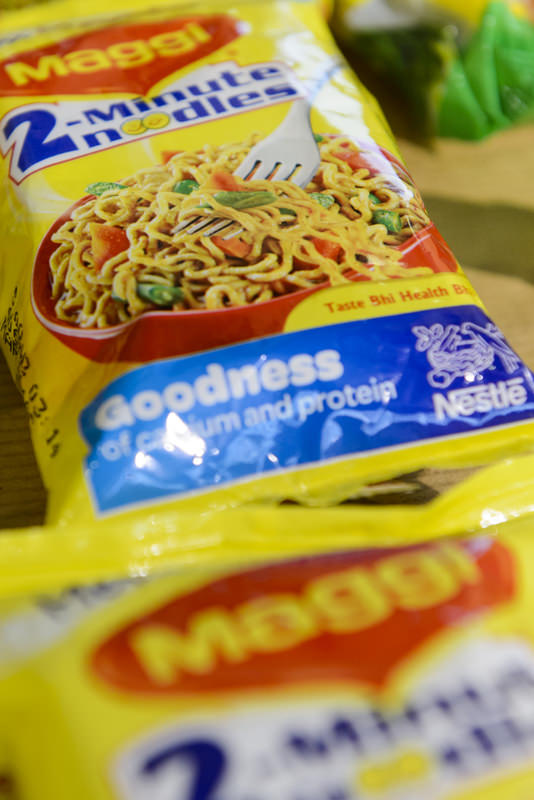 by Associated Press Nov 10, 2015 12:00 am
Maggi noodles are back on shelves in India five months after the popular snack was found to contain lead above permissible limits. The Indian unit of Swiss food company Nestle said Monday that samples of newly made Maggi instant noodles had been cleared for consumption by three food-testing laboratories in India. Maggi noodles would not be available in eight states that had banned their sale. The company said it was in talks with local governments to lift the ban.

In June, India's Health Ministry ordered the removal of Maggi noodles from stores after tests by several states found high levels of lead. Nestle India maintained the noodles were safe to eat and challenged the accuracy of the tests. The ban was overturned in the Bombay High Court in August. But the company had to destroy 400 million packets of Maggi products, which cost it more than $67 million. Maggi noodles are a hugely popular snack among school and college students and young working people in India. The company introduced the quick cooking noodles to India in the early 1980s and they can be found in the remotest villages.
RELATED TOPICS