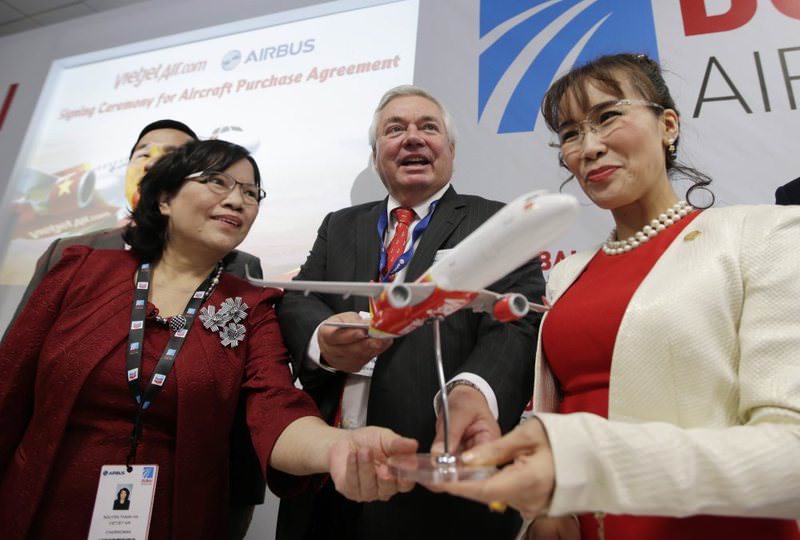 by Associated Press
Nov 11, 2015 12:00 am
Airbus and Vietnamese air carrier Vietjet announced a deal on Tuesday for 30 new aircraft easily worth over $3 billion at list prices, the first major commercial deal at the Dubai Airshow. The sale of nine new A321ceos and 21 new A321neos enlivened the biennial event, especially after its 2013 edition saw deals worth more than $140 billion involving Emirates, Etihad, Qatar Airways and budget carrier flydubai. After that spending spree, few expected this year's show to see similar major purchases. No terms were released for the deal between Airbus Group and Vietjet, though the list prices of the aircraft are more than $3 billion. However, airlines and manufacturers typically negotiate discounts on such deals. Vietjet, which began operations in 2011, is a regional Asian budget carrier.

"Today's order for additional A321s responds to our growth strategy and to the need for additional seat capacity on both domestic and international routes," Vietjet CEO Nguyen Thi Phuong Thao said in a statement. The deal came on the third day of five-day Dubai Airshow, which has seen the event shift in focus from civil aviation to defense spending. On Monday, the United Arab Emirates announced a $1.27 billion deal for upgraded Saab surveillance systems aboard newly acquired Bombardier aircraft.