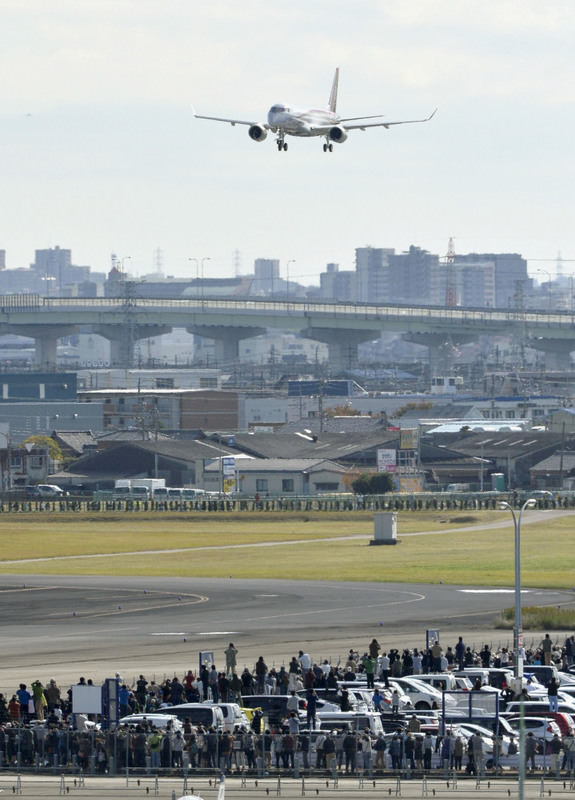 by French Press Agency - AFP
Nov 12, 2015 12:00 am
Japan's first passenger jet made its maiden test flight on Wednesday, a landmark in a decade-long program to launch the plane aimed at competing with Brazilian and Canadian rivals in the global market for smaller aircraft. About half a century after the last Japanese-made commercial plane took to the skies, the Mitsubishi Regional Jet (MRJ), painted with dark blue, red and beige stripes, took off from Nagoya airport under clear skies for a 90-minute trip.

After being barred from developing aircraft following World War II, Japan - and its MRJ jet - is competing with other regional passenger jet manufacturers such as Brazil's Embraer and Canada's Bombardier. The two-engine MRJ marks a new chapter for Japan's aviation sector, which last built a commercial airliner in 1962 - the YS-11 turboprop that was discontinued about a decade later. The MRJ is approximately 35-meters long, has a pointed nose and will seat about 80 passengers.