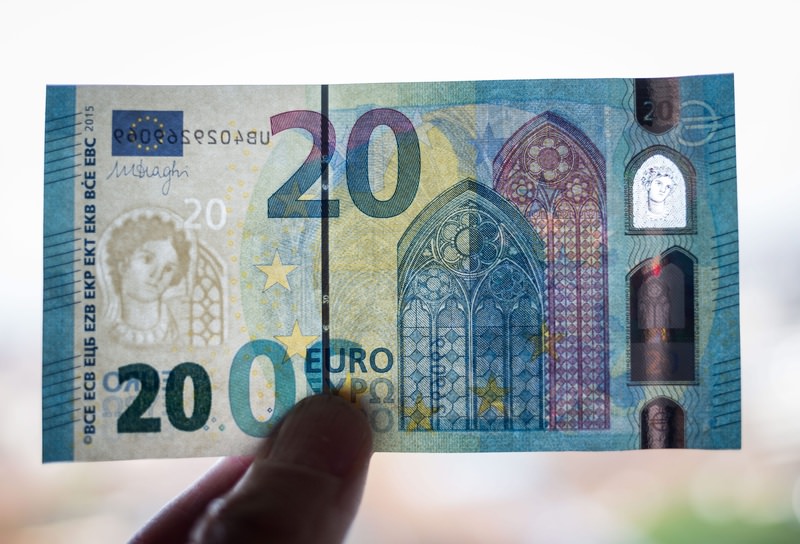 by Nov 12, 2015 12:00 am
The 20 euro banknote, which was the world's most forged type of paper money in the first half of this year, is to give way to a more secure new issue with a hologram made public on Thursday.

Germany's Bundesbank, which showed the new printed notes to media at the same time as other central banks, said counterfeiters would utterly fail if they tried to fake it with a color photocopier.

"A milestone in banknote technology has been achieved," said Carl-Ludwig Thiele, chief of the Bundesbank in Frankfurt.

The hologram occupies a transparent window in the note. When held up to the light from either side, an engraving-style image of the mythological goddess Europa appears.

The new notes are set to hit the streets on November 25 and the old ones will remain legal tender.

In the first half of this year, 55 per cent of fakes intercepted by banks in the eurozone area were 20 euro notes.

Central banks are to gradually fish all the old 20-euro notes out of circulation and destroy them.
Last Update: Nov 12, 2015 4:36 pm
RELATED TOPICS