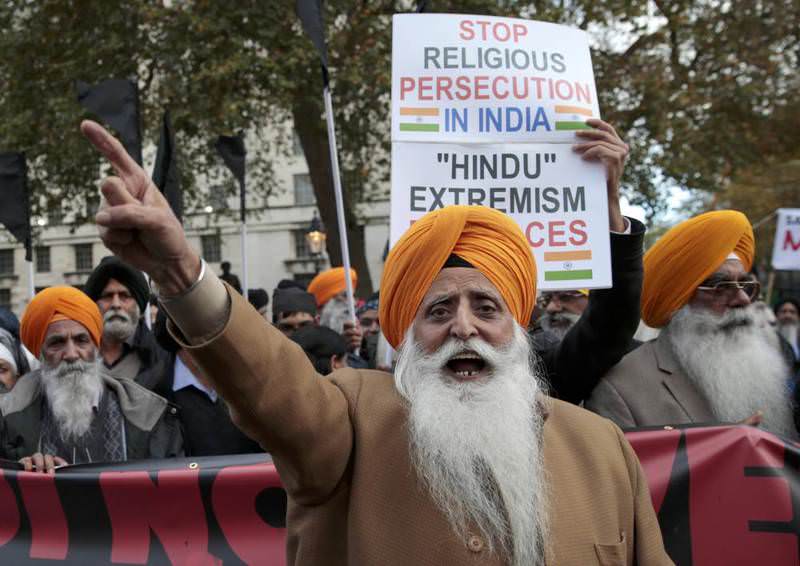 by French Press Agency - AFP
Nov 13, 2015 12:00 am
Indian Prime Minister Narendra Modi began a visit to Britain on Thursday that he hopes will yield trade deals worth billions of dollars and a boost to his authority after a damaging electoral failure back home. Bruised by his Bharatiya Janata Party's defeat in an election in populous Bihar state last Sunday after a campaign in which he played a prominent part, Modi is seeking to regain the political initiative by increasing investment and growth.

Diplomats say deals worth 8-12 billion pounds ($12-18 billion) could be signed during his visit to London, with the Indian leader keen to buy 20 more BAE Systems Hawk trainer aircraft to be made in Bengaluru, according to Reuters.

The emotional high point of the visit is likely to be a mass rally at Wembley Stadium on Friday during which Modi will address some 60,000 supporters from the Indian diaspora in Britain, which numbers 1.5 million. However, protests were also being planned by various groups opposed to Modi and to what they see as his party's aggressive Hindu nationalist agenda. Modi has been widely criticised in the British press over the same issue.

Cameron's office said Britain would seek to promote London as a centre for offshore rupee bonds and Indian companies were expected to announce plans to issue debt denominated in their own currency.

The red carpet reception from Prime Minister David Cameron's government is a stark reversal of fortunes for Modi, who had effectively been banned from Britain until three years ago over anti-Muslim riots that killed over 1,000 people in 2002, when he was chief minister of Gujarat, according to AFP. He will become the first Indian prime minister to address both Houses of Parliament. India is the world's ninth-largest economy and, at 7.4 percent, has the fastest growth rate in the G20. Former colonial power Britain is the fifth-largest world economy. The government is pushing hard to increase overseas trade as it tries to shrink its large deficit in the wake of the 2008 financial crisis. Cameron promised in 2010 to double Britain's trade with India by this year. He has visited the country three times, but the trade figure has barely increased.

Gareth Price of London-based foreign affairs think-tank Chatham House said Britain was lower down India's pecking order than other nations such as Japan or Germany.

Modi's government Tuesday announced plans to liberalize its foreign direct investment (FDI) regime ahead of the visit in areas including defense, banking and construction. Britain is the third-largest source of FDI in India.