US President Obama arrives in Turkey to attend G20 Summit 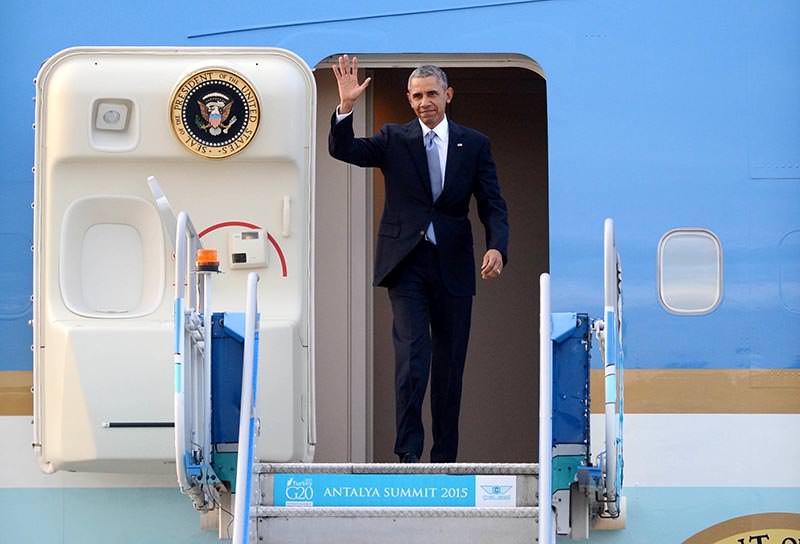 Air Force One landed at 7am (0500 GMT) at the airport of Antalya, bristling with 12,000 police and multiple security checkpoints to guard leaders of the Group of 20 top economies, who officially kick off a two-day meeting Sunday.

Obama arrived a day after meeting with the National Security Council over the Paris attacks, which killed 129 people and injured more than 350.

He was to meet with President Recep Tayyip Erdoğan ahead of the summit, which brings together the heads of the world's 20 most powerful economies, including Chinese President Xi Jinping and Vladimir Putin of Russia.

Beyond the Paris attacks, leaders will confront their divisions over how to resolve the fighting in Syria, the migrant crisis and how to curb warming of the planet ahead of a November 30-December 11 climate conference in Paris.

After the G20, the US leader will head to Manila and Kuala Lumpur to attend Asia-Pacific economic and political summits.