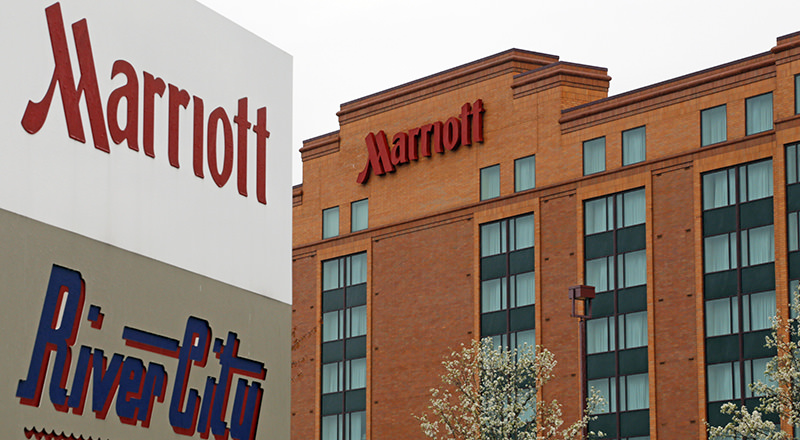 The stock-and-cash deal, if completed, will add 50 percent more rooms to Marriott's portfolio and give it more unique, design-focused hotels that appeal to younger travelers.

The new company would have 5,500 properties with more than 1.1 million rooms around the world, uniting Starwood's brands, which include Westin, W and St. Regis, with Marriott's two dozen brands including Marriott's Courtyard, Ritz-Carlton and Fairfield Inn.

The next-largest hotel company is Hilton Worldwide with 4,400 properties and about 720,000 rooms.

Back in April, Starwood announced its board was exploring strategic options for the hotel company. The Stamford, Connecticut, company has struggled to grow as fast as its rivals, particularly in "limited service hotels," smaller properties which don't have restaurants or banquet halls. They are often located on the side of the highway, near airports or in suburban office parks.

There was speculation in the markets about a potential deal with Holiday Inn owner Intercontinental Hotels Group and more recently Hyatt Hotels Corp. But in the end, it was Marriott who prevailed.

Marriott, based in Bethesda, Maryland, has been aggressively growing. In April, it acquired Canadian chain Delta Hotels and Resorts, helping it become the largest hotel company in Canada.

The boards of both companies approved the acquisition unanimously, which now must be approved by investors in both hotel chains.

Arne Sorenson will be president and CEO of the combined company and the headquarters will be in Bethesda. Marriott's board of directors following the closing will increase from 11 to 14 members, with the expected addition of three members Starwood's board.

Marriott said it expects to deliver at least $200 million in annual savings in the second full year after closing.
Last Update: Nov 16, 2015 4:33 pm