China's Tsinghua Unigroup to invest $47B to build chip empire 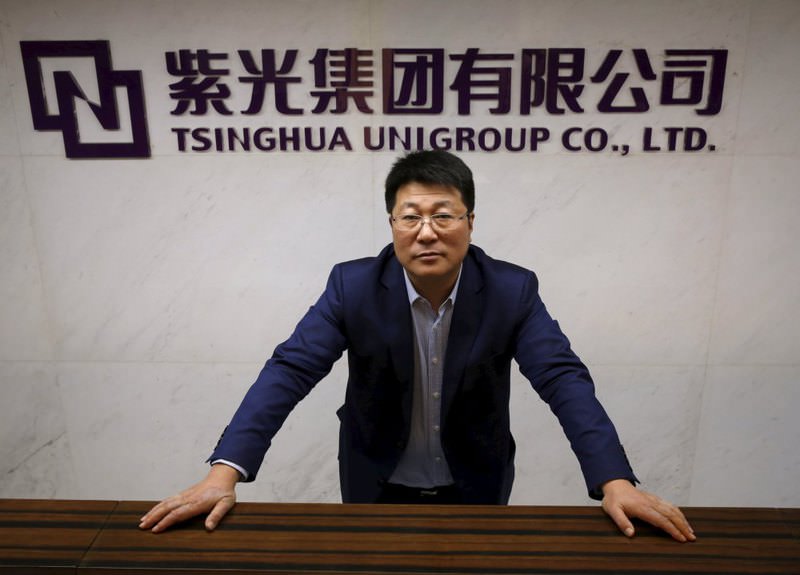 by reuters
Nov 17, 2015 12:00 am
China's Tsinghua Unigroup Ltd plans to invest 300 billion yuan ($47 billion) over the next five years in a bid to become the world's third-biggest chipmaker, the chairman of the state-backed technology conglomerate said yesterday. Chairman Zhao Weiguo also told Reuters in an interview in Beijing that the company controlled by Tsinghua University, which counts President Xi Jinping among its alumni, was in talks with a U.S.-based company involved in the chip industry.

A deal could be finalised as early as the end of this month, he said. He declined to give more details but said buying a majority stake was unlikely as it was too "sensitive" for the U.S. government. "If you can't be the top-three giant, it will be very hard to develop your business in the chip industry," Zhao said, citing reports that China imported more chips than crude oil every year. "The next five years is key... There is an enormous market out there."

Currently, Qualcomm Inc holds the No.3 position in the global chip rankings, behind Samsung Electronics Co Ltd and market leader Intel Corp, which has a market capitalisation of $151.5 billion. The sheer size of Tsinghua Unigroup's planned investments is almost equal to Intel's $50 billion chip revenue last year and could disrupt the NAND chip industry. The top five chipmakers control more than 90 percent of the global NAND chip market after years of boom-and-bust squeezed out smaller players.

Beijing is keen to end China's reliance on foreign semiconductors as it seeks to build a modern, digitised armed forces capable of matching other advanced militaries. It has also attached strategic importance to the development of domestic semiconductor, server and networking equipment industries amid fears of foreign cyberspying.

Tsinghua Unigroup has spent more than $9.4 billion making acquisitions and investments at home and abroad over the past two years, including the purchase of stakes in U.S. data storage company Western Digital Corp and Taiwan's Powertech Technology Inc.

In August, it made an informal $23 billion takeover offer for U.S. giant Micron Technology Inc that was rejected out-of-hand by the Idaho-based chipmaker amid concerns a deal might endanger national security.

Tsinghua's failed bid to buy Micron suggests it is serious about expanding in NAND chips, used for storing music, pictures and other data on mobile devices. The global chip market was worth $355 billion last year, according to research firm IHS Technology.

Tsinghua Unigroup, which had revenue last year of about 12.3 billion yuan, was also in talks about cooperating with a "world-class memory chip giant" to build a new chip factory in China, Zhao said, a move that could help his company acquire intellectual property needed to manufacture memory chips. The 90-billion-yuan factory would help meet fast-growing demand of NAND memory chips. "We don't have plans for DRAM at the moment," Zhao said, referring to dynamic random access memory (DRAM) chips that are used mostly in personal computers. "We need to take one step at a time."

The company was also suspending plans to invest in Taiwanese tech firms due to regulatory hurdles, after agreeing to take a stake in Powertech Technology Inc and expressing interest in more cross-strait deals.

Industry analysts had expected Tsinghua Unigroup to make further investment in Taiwan, sparking fears on the island that its chip sector may fall prey to China's state-backed drive to become a world-class player. "The regulations do not allow it, so what's the point of talking (to Taiwanese firms)?" Zhao said, adding that Tsinghua Unigroup was focused on investing in the United States.
Last Update: Nov 17, 2015 1:16 am