G20: Islamic finance is a crucial alternative for SMEs 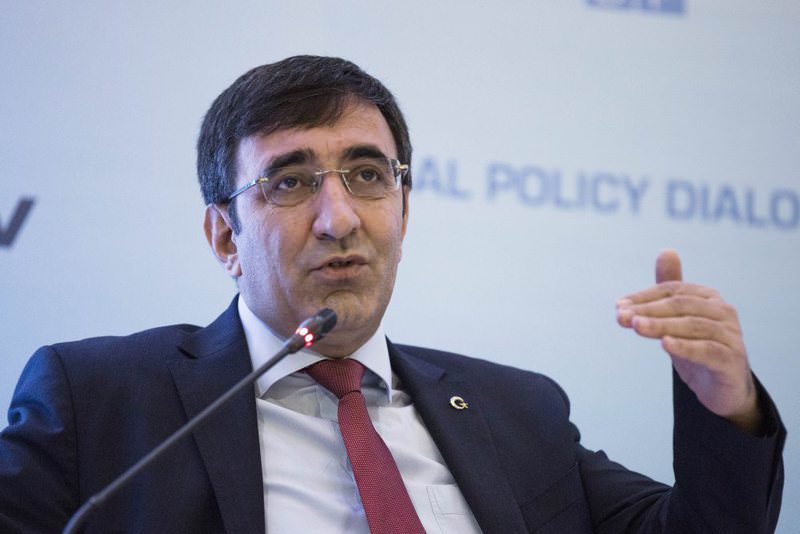 While creating jobs for two-thirds of all employment types around the world, 50 percent of small- and medium-sized enterprises face obstacles in accessing finance. Islamic finance has emerged as an alternative

President Recep Tayyip Erdoğan said Islamic finance will be promoted by the Group of Twenty (G20) countries as an alternative financing for small- and medium-sized enterprises (SMEs). Erdoğan held a press conference after the G20 Summit held in Antalya where he underlined the commitments of G20 countries regarding economic growth targets. Supporting SMEs and making it easier for them to reach finance sources were also on the agenda.

Deputy Prime Minister Cevdet Yılmaz said Islamic finance would be an important alternative to the financing of small- and medium-sized enterprises (SMEs). Speaking at the Global SME Financing Forum in Belek, Antalya, Yılmaz said Turkey is aware of the importance of SMEs and places emphasis on them.

"With our determination, SMEs will be able to make their voices heard on the G20 platform," the minister said, adding that this year's endeavors regarding SMEs would focus on problems in finance and the integration of SMEs into the global chain of values. Yılmaz also said that alternative market-based and macro-prudential measures have been proposed in order to overcome funding problems.

According to Yılmaz's statements, one of this year's objectives is to bring attention to the potential benefits of Islamic finance. "We believe that Islamic finance can play a critical role in the handling of SMEs' funding problems. This type of finance might help SMEs diversify their risks based on its risk-sharing and asset-based financing principles," the minister said.

Underlining that Turkey has taken bold steps in Islamic finance during its G20 presidency, Yılmaz noted that Turkey appointed the International Monetary Fund (IMF) and World Bank to research Islamic banking in efforts to develop new ideas around this modern alternative and to integrate Islamic finance into the international financial system. Yılmaz went on to say that SMEs are underrepresented on international platforms, adding that such policies have the potential to increase the diversity of SMEs' financing tools.

According to Yılmaz, Turkey has prepared 14 reports as a part of The Global Partnership for Financial Inclusion (GPFI), which Turkey has co-chaired since 2010, and will offer these reports to G20 leaders. The SMEs' accession to financing and the inclusion of low-income countries within the G20 are among the top priorities of the financial inclusion action plan. Yılmaz extended thanks to the GPFI Honorary Patron Queen Maxima of the Netherlands for her support of financial inclusiveness.

Stressing the importance of SMEs, Queen Maxima said that these enterprises make up two-thirds of all employment types around the world. She underlined that supporting SMEs is very important for economic development, adding that the biggest obstacle faced by almost 50 percent of all SMEs is their inability to access financing.

Meanwhile, the chairman of the Bank of England (BoE), Mark Carney, noted that priority should be given to the banking system and that financial security and the stability of financial regulations are prerequisites of growth. Stating that nearly a quarter of the GNP reflects the cumulative cost of the crisis - $60 trillion - the cost is higher where the decrease in employment is concerned.

Carney highlighted the importance of regulations in the banking sector and noted that, currently, asset trade has decreased by one-third while general and inter-bank borrowing are increasing in most developed and developing economies.
Last Update: Nov 17, 2015 1:13 am