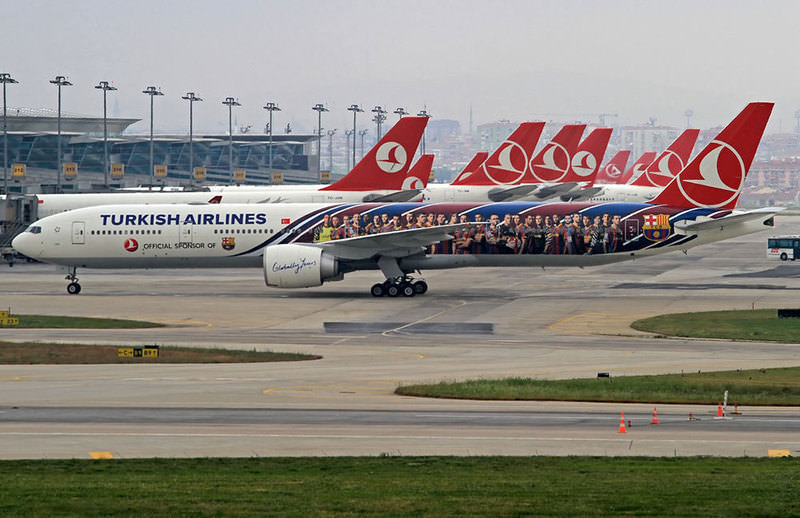 by daily sabah
Nov 17, 2015 12:00 am
Turkish Airlines (THY) increased the number of passengers by 12.1 percent in the January-October 2015 period compared to the same period last year – an increased that translated to 5.6 million more passengers to total 51.8 million over the past 10 months.

The total number of available seats increased 13 percent to total 127.1 billion in the same period, whereas this number was 112.4 billion in the same period of 2014. The amount of available seats increased 13.1 percent on domestic routes and 13 percent on international routes. THY also increased the size of its fleet by 17 aircraft since October 2014, which now has 297 aircraft in total, and the number of wide-body aircraft increased from 53 to 71. The total tonnage of cargo increased 7.1 percent to surpass 581,708 tons as well.