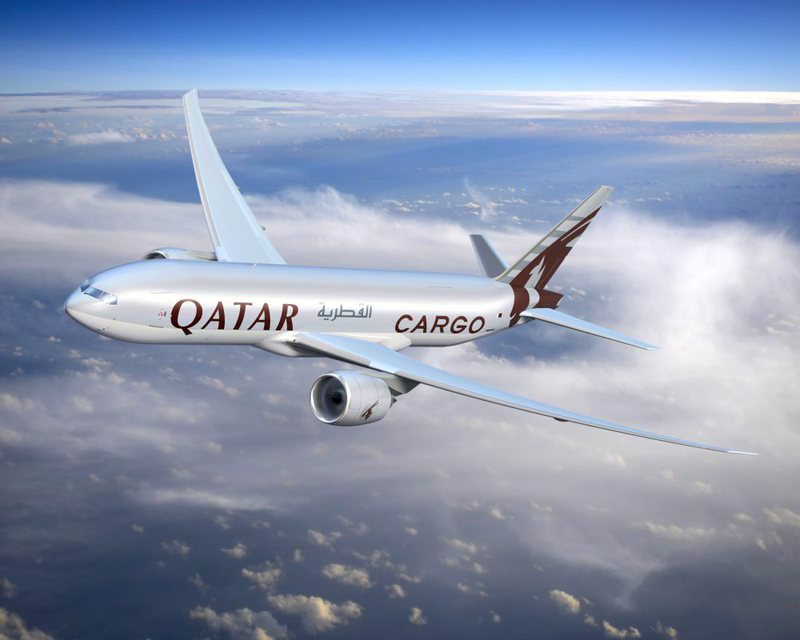 Qatar Airways Cargo, which ranked as the world's third-leading cargo carrier in 2015, is trying to edge into lucrative markets in North America, the Middle East and Asia with massive investments

While Turkish Cargo and others are locked in a fierce competition to strengthen their presence in global markets, Doha-based Qatar Airways Cargo has said it will strengthen its position globally. Indeed, it is trying to foray into the lucrative markets of North America, the Middle East and Asia.

Qatar Airways Cargo has come a long way since 1997 when it started out with belly-hold cargo operations: It rose from a fledgling cargo carrier to the 16th top ranking cargo airline in 2010, then 7th in 2014 and, finally, to the rank of the world's third leading cargo carrier in 2015.

The ranking is based on the IATA Carrier Tracker Report July 2015.

The surge in the ranking and the increased cargo volume has also led to ordering new freighter aircraft.

The carrier flies to 48 freighter destinations, nine of which are served exclusively by cargo aircraft. It launched its Los Angeles freighter service on April 4 this year. However, belly-hold cargo is transported to more than 150 destinations with 100 interline partners. While Qatar Airways has been expanding its operations, other competing carriers have been "screaming at us," as Al-Baker put it. Qatar Airways' growing international dominance seems to have unnerved a number of European and American carriers that point out that the carrier was getting subsidies and strong government support, giving it competitive advantages.

In response, Al-Baker questioned why these airlines did not raise the issue of subsidies which were given by governments of a number of countries such as China and Russia to their national carriers in various forms. Qatar Airways, unlike airlines of other countries, did not get any long-term funding from its government and "our objective is to make profit, like any other business venture," he added. Qatar Airways Cargo, according to Al-Baker, can serve some 88 percent of the world's air-cargo needs from Doha which, thanks to its growing strength, was competing with other established airports in the region.

While declining to provide any revenue figures, Al-Baker said that cargo accounted for some 25 percent of the airline's total revenue. The carrier wants to expand its express courier operations. "We want to be in the courier business because it is a high-yield business with high margin. We are not aspiring to be a FedEx or DHL but want to play a role in this segment," he maintained, adding that the express business would be carried out under the aegis of Qatar Airways.

Qatar Airways Cargo lifted over 49,000 tons of cargo in 2014 alone from the U.S. market which is expected to continue to be a key market for the carrier; the market is forecast to add more than 1 million tons of freight before 2018.

Los Angeles exported over 100,000 tons of perishable goods by air in 2014; of this, around 40,000 tons were destined for the Middle East and Europe. The perishable-goods segment promises to be an attractive market for Qatar Airways Cargo because of its fresh service and modern storage facilities. The carrier's chief executive also did not rule out partnership with other airlines in other regions of the world. He also underscored that there should not be any protectionism in the cargo sector, as governments were doing in some countries to shield their national carriers by preventing or restricting foreign carriers from operating from prime airports, as was happening with some airports in Europe. "That is why we are seeking a dialogue with Brussels [the EU headquarters] to explain our position on competition," he said.

Qatar Airways transported a volume of roughly 1.2 million tons in 2014. The carrier expects a growth of 25-30 percent this year.

Aside from North America, Asia is a very promising market for the carrier.

International cargo carriers are eyeing the projected creation of the ASEAN Economic Community (AEC) in Southeast Asia by the end of 2015, when this huge single market will dismantle tariffs and other barriers.

The prospect of what many believe could become the world's fourth largest economic entity has led many to position themselves or strengthen their already existing position in this attractive market.

In an interview with Daily Sabah, Ulrich Ogiermann, the chief cargo officer of Qatar Airways Cargo, sounded upbeat about the region which, he said, was a "very promising market inherent with strong growth potential." "It (AEC) is indeed a very promising market. If it remains liberal and non-protectionist, it will continue with its positive track record. Malaysia and Indonesia, in particular, are developing well. Vietnam is another important growth area where I see a lot of investments flowing, including from its competitor China. Vietnam is currently enjoying a considerable flow of investment as it experiences a surge in demand for its low-end products, particularly textiles and clothing," Ogiermann said.

The carrier is also optimistic about other players in the Asian continent. While North and Northeast Asia, particularly Japan, China and South Korea, were interesting regions for the carrier, India is also an important and attractive market for Qatar Airways Cargo. Turkish Cargo is also active in India.

"India's pharmaceutical industry has become an important export industry. Hyderabad, in particular, seems to have built up a reputation as Asia's pharma hub. We find the developments in India very encouraging," he observed. The cargo carrier operates an extensive service of all-cargo flights to several Indian cities, has added new specialty product services to its portfolio such as QR Pharma and QR Charter "which make our services increasingly appealing and relevant to our customers," as Ogiermann put it.

Meanwhile, Qatar Airways Cargo has made massive infrastructure investments: it has set up a $1 billion state-of-the-art cargo terminal. The cargo complex area stretches 292,000 square meters and has a 1.4 million-ton annual freight capacity and parking stands for 11 freighters.

The carrier's cargo terminal 2, with an 110,000-square-meter area and annual 3-million-ton cargo capacity, is expected to open in 2018, thus enhancing the total capacity of terminals 1 and 2 to 4.4 million tons. Airlines that do not invest in their cargo operations will continue to lose market share; indeed, one or two major carriers would bow out of the industry in the next five years, Al-Baker predicted.