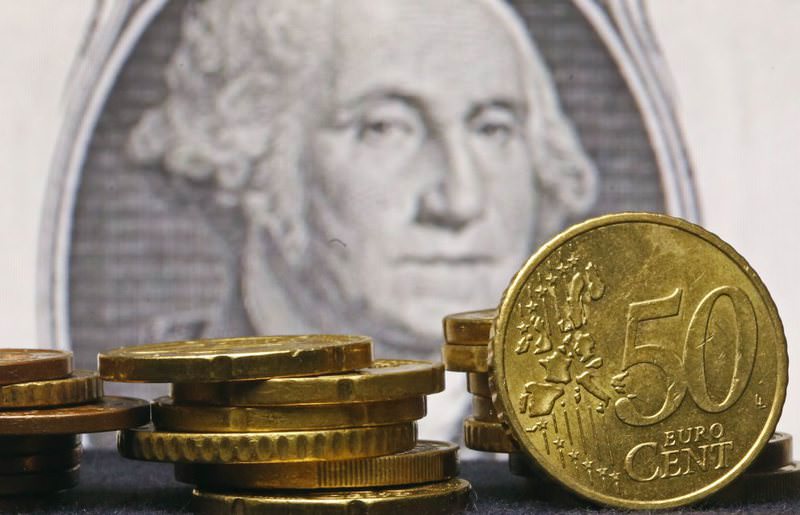 Friday's terrorist attacks in Paris have not had a continued effect on global stock markets,.The euro, however, fell to a seven-month low with the European Central Bank expectations to expand quantitative easing in December.
by reuters
Nov 18, 2015 12:00 am

Global stock markets were mostly up yesterday as investors looked past Friday's attacks in Paris. The possible rate hike by the U.S. Federal Reserve and the expansion of quantitative easing by the ECB pushed the euro seven-month low

Global shares gained convincingly Tuesday, clawing back all the ground lost on the previous day as investors bet that Friday's attacks on Paris would have little lasting impact on the world economy. With less nervy markets refocusing on the diverging outlook between the United States, where an interest rate rise is expected next month, and a eurozone set for still looser monetary policy, the euro fell to a seven-month trough against a strengthening dollar. Having hit a six-week high on Monday, the widely tracked CBOE volatility index, or "fear gauge", fell over 10 percent.

Oil prices eased, as the spotlight returned to the global abundance in crude and petroleum products and away from the risk that escalating tensions in the oil-rich Middle East could choke supply.

"Investors are showing resilience to the recent attacks in Paris despite mounting worries over security in Europe," said B Capital Wealth Management Managing Director Lorne Baring, in London. Traders were eyeing U.S. inflation data due at 1330 GMT, forecast by a Reuters poll to show a 0.1 percent year-on-year pick-up in consumer prices. They follow equivalent numbers from Britain, which showed a better-than-expected increase in core inflation, boosting sterling.

The U.S. numbers are unlikely to shift the broader picture of a Federal Reserve on the cusp of raising interest rates. But in a research note, Citi's head of G10 FX strategy in London, Steven Englander, laid out a handful of big risks to current market pricing from Wednesday's policy meeting minutes.

"The big risk is that the Minutes convey that many FOMC (Federal Open Market Committee) members are less convinced on a December hike than the market now thinks and could easily be swayed by market uncertainty or other events," he wrote. But currency investors appeared to see little risk of a delay in the first Fed rate hike since 2006, with the dollar hitting a seven-month high against a basket of major currencies . The greenback was helped by the euro's fall to $1.0643, its weakest since mid-April.

The FTSEurofirst 300 index was up more than 2 percent at 1,490.53 points by 1240 GMT. French shares were up 2.2 percent after falling 0.1 percent on Monday following the attacks that killed at least 129 people. MSCI's all-country world index rose 0.6 percent.

The yen, which usually moves in the opposite direction to Japanese shares and which tends to be sought in times of geopolitical tension, edged towards a three-month low against the dollar. That followed Monday's news that Japan, the world's third biggest economy, has relapsed into recession.

Greek bond yields hit their lowest in more than a year and local stocks rose after the country's finance minister said Athens had reached an agreement with its lenders on financial reforms. "I can't see the rally in Greek bonds stopping any time soon," said DZ Bank strategist Daniel Lenz.