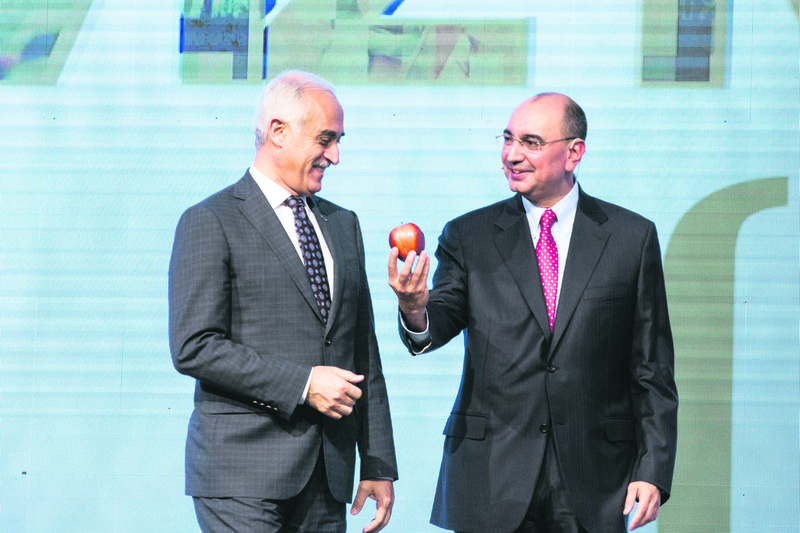 by daily sabah
Nov 19, 2015 12:00 am
President Recep Tayyip Erdoğan's call to employers to "earn less and share your income with low-incomers" during the G20 summit has had broad repercussions in the Turkish business world.

Speaking at the VİZYONER'15 Sectors Summit, which was held by the Independent Industrialists' and Businessmen's Association (MÜSİAD) for the first time, Yıldız Holding Vice Chairman Ali Ülker said he was profoundly influenced by Erdoğan's advice. "One should know sharing. Everyone has this responsibility. It is important to share with society," he added.

Foreign Economic Relations Board (DEİK) President Ömer Cihad Vardan said if the world's wealthiest 100 people donated one-fortieth of their earnings as recommended by Islamic teaching, hunger will be completely removed from the globe and the current contentions would disappear.

Turkish Exporters Assembly (TİM) President Mehmet Büyükekşi said according to the latest data disclosed by the Turkish Statistical Institute (TurkStat), the ratio of Research and Development (R&D) expenditure to national income increased from 0.95 percent in 2013 to 1.01 percent in 2014.

Speaking at the summit, with Turkuvaz Media Group as media sponsors, Nail Olpak, the president of MÜSİAD, said that the summit was created as a platform for idea exchanges and that the past 25 years of MÜSİAD had proved that those that do not constantly refine and renovate themselves cannot survive. Olpak said that he met Michael Evans from alibaba.com for a dinner during the G20 Leader's Summit in Antalya last weekend and gave Alibaba.com and Twitter as examples of innovative businesses. "We wouldn't have even come up with the idea of Twitter a few years ago whereas now it is a part of our daily lives. Alibaba.com on the other hand achieved the impossible by achieving sales of around $14.3 billion on a 'Singles' Day;' meaning $90,000 per minute and 1,500 credit card sales per second. This is what it means to do business with the future and all sectors should adopt this principle," said Olpak.

General Manager of Renault Mais İbrahim Aybar announced that they will be supporting the production of the first Turkish car and that he believes the project will create many new brands in the automotive supply industry. He also pointed out that like Turkey, China and Korea have also started production on a foreign platform despite them currently producing their own cars. "We need to produce our local brand so we can sell the cars for higher profits abroad," said Aybar, adding that the local car would not create a problem for foreign car brands in Turkey, as the market has the capacity for growth.