Turkish-Greek trade relations on the move despite crisis 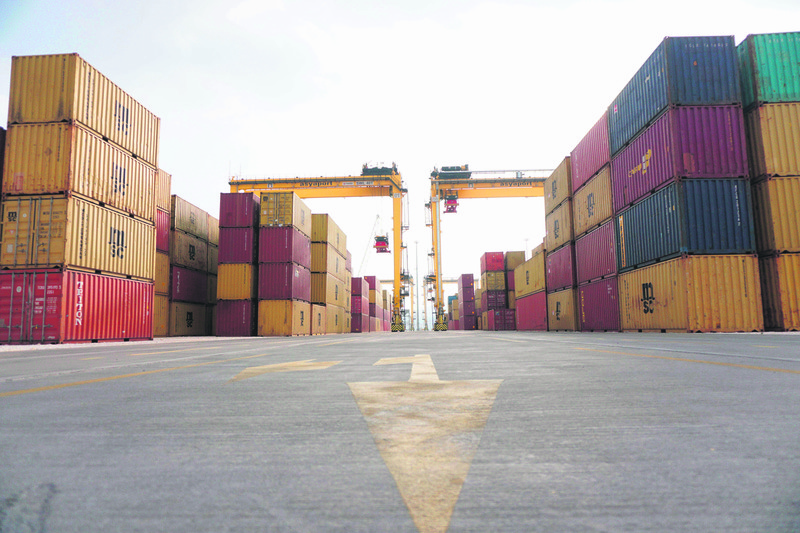 Despite the economic crisis in Greece, Turkish-Greek trade relations have improved over the past five years. Both countries aim to increase foreign trade volume to $10 billion over the medium term

Turkish-Greek trade relations have made significant progress over the past five years and are expected to gain further momentum with Greek Prime Minister Alexis Tsipras' official visit to Turkey. Data compiled by Anadolu Agency indicates that despite the ongoing economic crisis in Greece, bilateral foreign trade volume between Turkey and Greece soared from $3 billion in 2010 to $5.6 billion at the end of 2014 - an 86 percent surge. The natural gas trade is expected to play a major role in bilateral economic relations in the upcoming period, and both countries aim to increase foreign trade volume to $10 billion over the medium-term.

Especially since 2012, Turkey's exports to Greece have continuously risen - amounting to $1.5 billion by the end of 2014. Meanwhile, Turkey's imports from the country dropped to $4 billion in 2014, marking a 4 percent fall when compared to the previous year.

Regarding product-based data, mineral fuels and oils stood out in the bilateral merchandise trade. Turkey exported $288 million worth of mineral fuels and oils to Greece and imported $3.032 billion worth of goods of this kind from the country last year. Moreover, Greece has so far invested $6.9 billion in Turkey, leading it to become the ninth country that made the greatest foreign direct investment in the country.

A critical crossroads in energy

Energy is one of the most important topical issues in the two countries' commercial relations. The Energy and Natural Resources Ministry said Turkey sells around $750 million cubic meters of natural gas to Greece each year. The natural gas trade, which is considered to be a major, positive development between Turkey and Greece, is important in satisfying Greece's energy needs. Turkey's objective to be a hub in the natural gas trade is based on trade with Greece.

The Trans-Anatolian Natural Gas Pipeline (TANAP), which will reach Greece through Turkey, stands out as one of the major issues concerning cooperation. Also, the fact that the Turkish Stream aims to reach European markets makes Greece a critical actor in terms of the natural gas trade. This key position of Greece was corroborated by Energy and Natural Resources Minister Ali Rıza Alaboyun's recent statement that Russia has to agree with third countries like Greece over other lines of the Turkish Stream, which is planned to carry 63 billion cubic meters of Russian natural gas to Europe via the Turkish-Greek border.

Tourism comes to the fore as well in terms of invisible items of trade between the two countries. According to Culture and Tourism Ministry data, the number of Greek nationals visiting Turkey between January and September 2015 was 561,857, marking an 11 percent fall when compared to the same period last year.

According to the Greek press, Foreign Economic Relations Board (DEİK) Turkey-Greece Business Council Chairman Tevfik Bilgin said the state of immigrants would be one of the topical issues on Tsipras' agenda during his visit to Turkey. Underlining that recent terrorist attacks in Paris make this issue even more important, Bilgin said the identities and backgrounds of refugees will be investigated from now on, and perhaps they will not be allowed to cross borders for some time. Bilgin added that the bilateral foreign trade volume could reach around $10 billion when the Greek economic crisis ends, adding that mutual foreign investments in both countries might invigorate all sectors.

Expressing DEİK's expectations of Tsipras' visit, Bilgin said the two countries have many topics to discuss and negotiate on a governmental level, including the Cyprus issue and the removal of obstacles for the development of economic relations. "In this case, any development that is for the benefit of both countries makes us happy," he said. Institute of Strategic Thinking (SDE) Economics Program Coordinator Professor Muhsin Kar said the refugee crisis is expected to find a greater place than economic issues during Tsipras' visit. Kar underlined that Greece needs channels that will increase its exports within the framework of the reform package prepared by the troika of the International Monetary Fund, European Commission and European Central Bank. He also stressed that Tsipras' visit is important for Greece to access such channels. According to Kar, the Greek economic crisis creates psychological barriers for Turkish firms to purchase Greek firms. "Greece needs to reduce such barriers and give information about them if it wants to attract more investors from Turkey," he said.