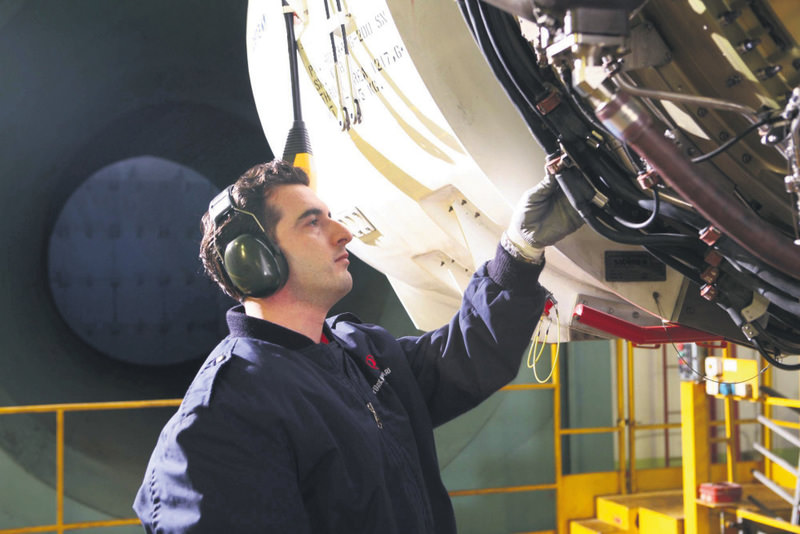 by Kerim Ülker Nov 20, 2015 12:00 am
Turkish Airlines' (THY) aircraft maintenance company, Turkish Technic, is meeting with Iranians to establish an aircraft maintenance center. It was also noted that German carrier Lufthansa has also started negotiations to enter into the Iranian market, which has an old aircraft fleet and therefore potential.

Iran, which came to an agreement on limiting nuclear activities in return for the cancellation of economic sanctions with Western countries, is now striving for a technological leap. Iran is prioritizing air and freight transportation and is drawing international brands, including Turkish Technic, which is currently working towards entering the Iranian airline market, which only has around 10 firms.

Speaking at the Dubai Airshow, one of the four top organizations in the global aviation industry, Turkish Technic Marketing Manager Özcan Baştekin said that they are planning on transferring their expertise and experience in aircraft maintenance and repair to Iran and that THY already has a connection to Mahan Air, which is one of the biggest airlines in the country, in terms of transportation. Lufthansa is also waiting to enter into Iran, which has suffered a number of airplane accidents. The German company is currently negotiating with Iranian companies.

Iran's biggest air transport company, Iran Air, has an aircraft fleet that is an example of the condition of the industry in Iran. Iran Air has 64 airplanes, out of which 13 are cargo planes flying to 60 destinations. However, the average age of the 51 airplanes Iran Air uses is 23, while 16 Fokker's in the fleet are 25 years old.

Iran, which started experiencing problems with the West after a revolution in 1979, suffered from eight airplane accidents between 1980 and 2000. However, the aircraft industry's performance deteriorated even further after 2000 as 22 accidents took place between 2000 and 2014, meaning there has been an airplane crash nearly every year since 1980.