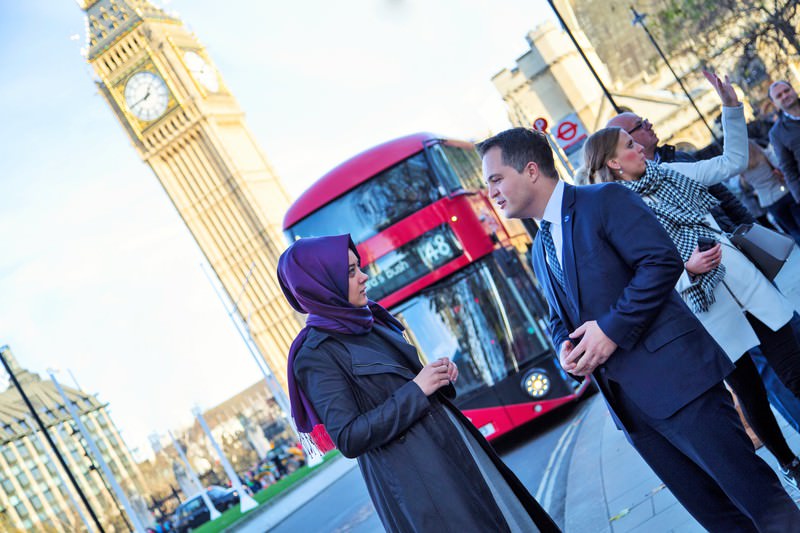 The head of the World Association of Investment Promotion Agencies, Arda Ermut, stressed that Istanbul has the advantage of attracting investments in the sense of easier cost management and deserves a larger share of the investment pie

The Steering Committee of the World Association of Investment Promotion Agencies (WAIPA) gathered for the second time last Friday at the BIS Conference Center in Westminster, London. The head of WAIPA, Arda Ermut, who is also the head of the Investment Support and Promotion Agency of Turkey (ISPAT), gave some insights into the future plans of both organizations, current analysis of investment trends and a brief history of the two organizations.

Since the headquarters of the WAIPA was relocated in January 2014 from Geneva to Turkey's financial capital, Istanbul, two business gatherings of the Steering Committee have been organized. ISPAT currently holds the WAIPA presidency, and speaking to Daily Sabah in an exclusive interview as the president of the both organizations, Ermut evaluated ISPAT and WAIPA's significance in investment management.

Ermut briefly explained the inner structure of WAIPA's Steering Committee along with ISPAT's working method. Functioning as the decision-making body of the organization, the WAIPA Steering Committee is made up of vice presidents and regional directorships. As for ISPAT, as the holder of the WAIPA presidency, it aims to enrich the association's worldwide profile. "The WAIPA was not very effective in terms of activities until our presidency, even though it had a good representational value. With our presidency, we somehow made a commitment to make the WAIPA a self-contained, financially and executively independent organization offering more value packages to its members," Ermut explained.

A new era in which Turkey will take off faster is about to begin with the leaderships of President Erdoğan and Prime Minister Davutoğlu. Foreign investors' expectations also show that Turkey will be in a higher league of foreign direct investments.

The WAIPA was founded in 1995 as an association under Swiss law. It is a nongovernmental organization that provides the opportunity for investment promotion agencies to network and exchange the most effective practices in investment promotion. Apart from building the human resources capacity of its member agencies, the WAIPA organizes training events, either independently or in coordination with partner organizations. Announcing that membership is open to all entities, the WAIPA stresses on its official webpage that the primary function of the organization is "to promote any country, political subdivision of a country or other uncontested territory, as a destination for, or source of, investments."

By receiving the vast majority of the votes cast - 84 out of 87 - by the organization's General Assembly during the WAIPA World Investment Conference in 2014, Istanbul became the new center of the WAIPA after Geneva. Compared to Geneva, Istanbul is more accessible as a hyperlink between Asia and Europe. In addition, as Ermut stressed: "Istanbul is much more manageable in terms of costs." Given that many of the investment agencies of developing countries are in favor of "getting a share of the investment pie," these agencies are able to more easily come to Istanbul than Geneva. Moreover, "they are represented more effectively with regards to regional representation." Ermut also said: "Istanbul gives a new message to both the members of the WAIPA and equivalent organizations; such a platform of equal representation is of great importance for both developed and developing countries that want to get a share of the investment pie." 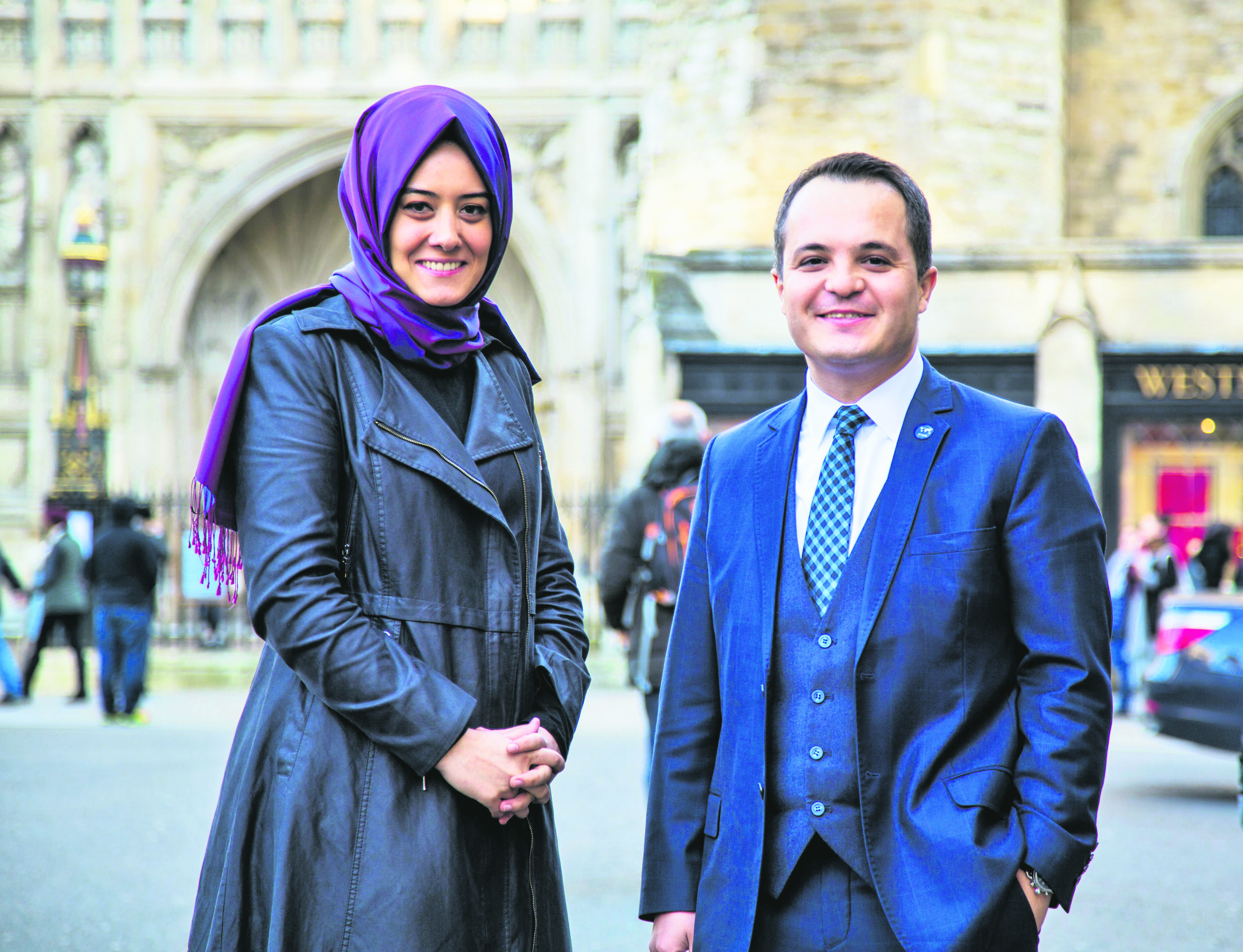 On the very same day of the conference last Friday, the WAIPA decided to appoint a new deputy executive director. With the principle of working meticulously in every branch of the organization, the WAIPA selected Bostjan Skalar, one of the former representatives of the WAIPA's Slovenia Investment Agency, out of 120 nominees. It is no coincidence that a nominee from Slovenia was appointed, as Ermut pointed out: "The country Mr. Skalar represents, Slovenia, is neither at the top of developed countries nor at the bottom of developing countries." Such a balance, according to the WAIPA, is a fruitful paradigm for the association's aim of equal representation.

One of the most important functions of the WAIPA is to share outcomes with the Steering Committee. Ermut explained: "Investors firstly have a look at incentives. While some investors may benefit from those incentives, others may not; after the conditions of all investors are analyzed, the question of what can be done better for both types of investors is carefully answered. Problems and facilities that are encountered during incentive processes are also among factors that are easily shared with the Steering Committee."

As for ISPAT, the organization was founded in 2006 by the initiative of then Prime Minister Recep Tayyip Erdoğan, who is the "leading decision maker" of the organization. ISPAT also gets a great amount of support from current Prime Minister Ahmet Davutoğlu. That ISPAT is directly linked to the Prime Ministry has many advantages. With the authorization given by the prime minister, "following all processes in the bureaucracy, identifying problems more easily and providing solutions for investors faster," is more achievable, Ermut said.

As for ISPAT's primary goal, Ermut said that the organization aims to increase direct investments in Turkey. He also underlined that making Turkey's investment environment known to the world and the country a "one-stop-shop" for investors are other significant goals. The concept of a one-stop-shop, valid throughout the world, requires awareness of a crucial nuance. "The actual issue is the fact that all authorizations, licenses and investment incentive periods must be in your hands to become an ideal one-stop-shop. Particularly in democratic countries, where the equilibrium is separated from checks and balances, this kind of structure is not very easy to apply," Ermut said. For this reason, ISPAT tries to ensure that it is an office serving with a one-stop-shop understanding applicable for all.

The investment packages Turkey offers to investors have some specific characteristics. Just as the quality of support matters more than the quantity, the question of how to adapt support to each investment group also matters. Ermut explained that the most successful investment models are those that thoroughly meet investors' expectations. These types of investment packages are called "tailor-made investments," as Ermut emphasized: "One pattern for all investors does not function anymore. That is why Turkey generally set a very generous incentive structure to meet the expectations of each foreign investor. In particular, ISPAT provides one of the most generous packages in research and development."

Ermut stressed: "A couple of points still need to be carefully monitored to boost Turkey in foreign direct investments. One of them is the current account deficit. The other is the low savings rates." Compared to developing countries, Turkey has lower saving rates, currently around 14 percent. "It is of much importance to boost foreign direct investments in order to cope with account deficit and low savings rates," Ermut continued. Recognizing this essential point, ISPAT is now valued not only by the government but also by the private sector and even opposition parties, which had criticized the foundation of ISPAT in 2006.

Referring to the significance of cooperation and rivalry between foreign investment agencies, Ermut said: "Since 2008, the amount of foreign directs investment has been getting smaller. It was once $2 trillion, and is now $1.2 trillion. A lot of investors are trying to get a share of the pie while competing countries often change in line with the changing investment trends."

The region Turkey belongs to also bares importance in relation to investment conditions and criteria. Ermut further explained: "The higher potential a region has to offer investors, the more likely it is for any country in that region to be a recipient of investments. Turkey is one of the countries where investors can work with Far Eastern and American markets on the very same day. It is in a region that has a total market value of nearly $30 billion. As the country is within a three-hour flight distance, investors can reach close to 1.5 billion people."

It is obvious that Turkey's potential is very high. From around 1974 to 2003, average foreign direct investment to the country was around $1 billion per year, and around $15 billion in total. In the last 10 to 12 years, however, investments have been 10-times bigger, worth around $150 billion to 160 billion. Ermut explained: "The potential needs to be much higher. Turkey needs to attract more investors." Turkey is likely to attract more and more foreign direct investments as there will be no general elections for the next four years. As the head of both ISPAT and the WAIPA, Ermut concluded that "a new era in which Turkey will take off faster is about to begin with the leaderships of President Erdoğan and Prime Minister Davutoğlu." Foreign investors' expectations also show that Turkey will be in a higher league of foreign direct investments.
RELATED TOPICS