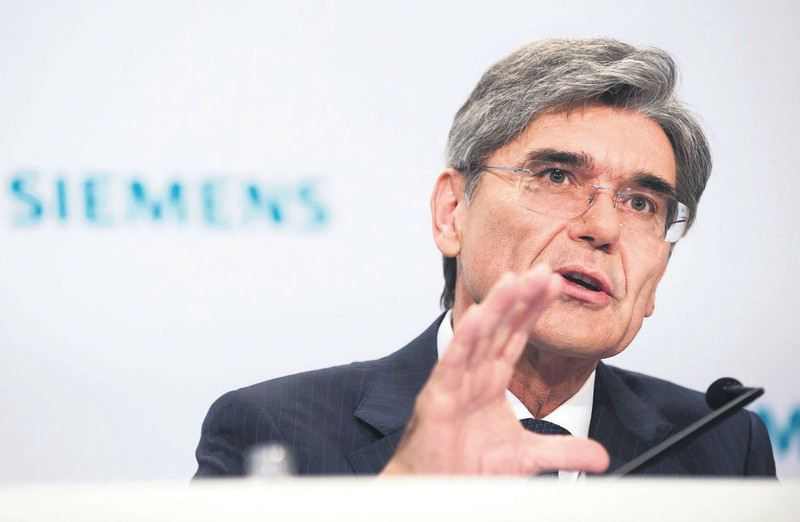 by Nov 24, 2015 12:00 am
Companies may put investment plans on hold in the wake of the Paris attacks, which have sapped investor confidence, the head of industrial giant Siemens said in remarks published Monday.

"The biggest economic damage from these attacks is on confidence, and confidence is a crucial element in this phase," Siemens CEO Joe Kaeser told the Financial Times (FT). "My biggest [business] concern is the fallout of the geopolitical distress," he said, adding: "Investment is about believing, about the future, and [when] events like that happen, people will wait."

The warning by Kaeser, who heads up Europe's largest industrial conglomerate, is the first by a major industrial figure, the FT said. It echoes remarks by Italian Finance Minister Carlo Padoan who said the Paris attacks could do "serious damage" to the eurozone recovery. Meanwhile, French private-sector business growth slowed in November, according to a survey published yesterday, with some business leaders blaming the Paris attacks.

Financial services company Markit said its latest data "indicated an easing of private sector output growth during November," when its Flash France Composite Output Index slipped to 51.3, a three-month low, from 52.6 in October. An index level over 50 means that business is still expanding.

"French private sector output growth weakened slightly in November, with the Paris attacks reported to have hit activity among some service providers," Markit senior economist Jack Kennedy said in a statement. "The longer-term economic impact following the attacks remains uncertain," Markit said, but French gross domestic product is still on course for "another modest expansion" in the fourth quarter after growing 0.3 percent in the previous three months.
RELATED TOPICS