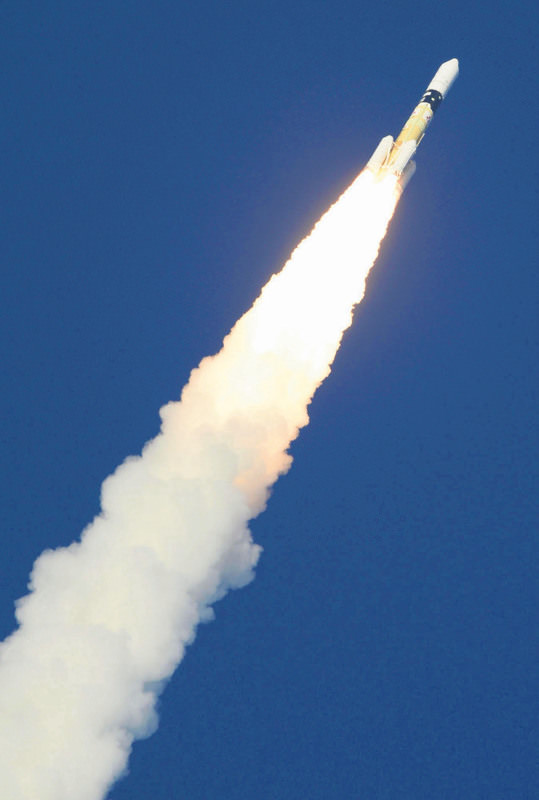 by Nov 25, 2015 12:00 am
A Japanese rocket lifted off yesterday and successfully put the national space program's first commercial satellite into space, officials said, as Tokyo tries to enter a business dominated by European and Russian companies. The Japan Aerospace Exploration Agency and Mitsubishi Heavy Industries oversaw the launch from Tanegashima Space Center in southwest Japan.

The launch of the H-IIA rocket was originally scheduled at 3:23 pm (0623 GMT), but was delayed by roughly 30 minutes because a small ship unexpectedly came near the space station. The rocket successfully launched at 3:50 pm, carrying the TELSTAR 12V communications and broadcasting satellite for Canadian satellite operator Telesat. About four and a half hours later, it released the payload as planned, said an official of Mitsubishi Heavy Industries. "The release was successful and the satellite is on course to the scheduled orbit," the official told AFP. Japan wants to become a major player in the satellite launching business. It has tried to improve the H-IIA rocket to cut the cost of each launch to make its program competitive.
Last Update: Nov 25, 2015 1:13 am
RELATED TOPICS