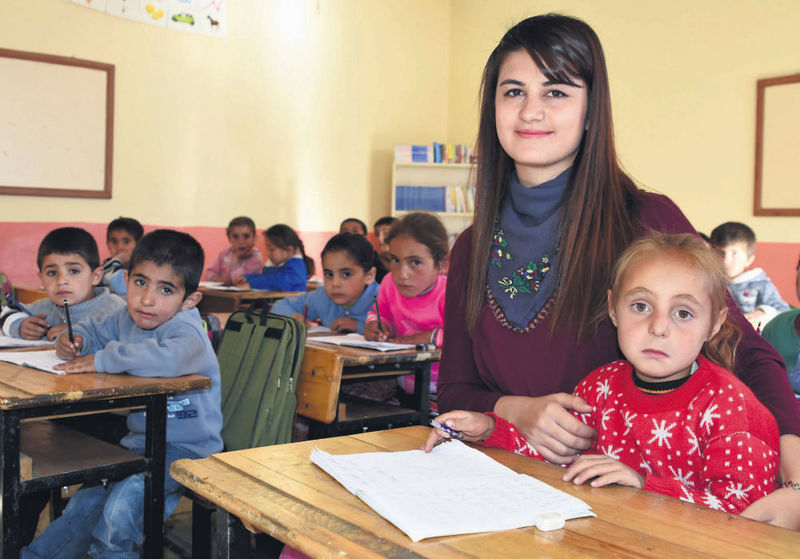 by Daily Sabah Nov 25, 2015 12:00 am
The government is set to launch a raft of improvements to relieve teachers as far as its budget allows. They will be given a 6 percent salary hike and teachers on extra duty will be paid an additional wage while the ones assigned to supervise weekend exams will be paid more as of January. Additionally, 30,000 new teachers will be appointed in February.

Tuesday was Teachers' Day in Turkey, and thousands of students celebrated their teachers by giving them small gifts. According to the Turkish Statistical Institute, 889,695 teachers teach in Turkish primary schools, secondary schools and high schools. Studies indicate that, while being a teacher is the most trusted job in Turkey, 89 percent of them are unhappy with their wages.

The government made a decision over teachers' financial rights for the upcoming two years during a collective bargaining session in August. Accordingly, teachers will be granted a 6 percent hike in their salaries in January, which means that the monthly wage of a teacher who has been serving for 16 years will rise from TL 1,699 ($590.06) to TL 2,860 ($993.28). Additionally, on-duty teachers will now be paid and those who supervise weekend exams will be paid a higher fee of TL 140.91 for each session as of January. Teachers' gross monthly duty fees have been set at TL 98.56.

As Prime Minister Ahmet Davutoğlu announced before the Nov. 1 elections, the National Education Ministry will appoint 30,000 new teachers in February. The system has been changed for those teachers who will be appointed in February. Accordingly, they will not have to wait for the new school year to take office. They will first intern where they will be paid salaries, and will start working at schools where they are appointed in September after receiving an in-service training during the summer.