US working to keep up with surging weapons demand 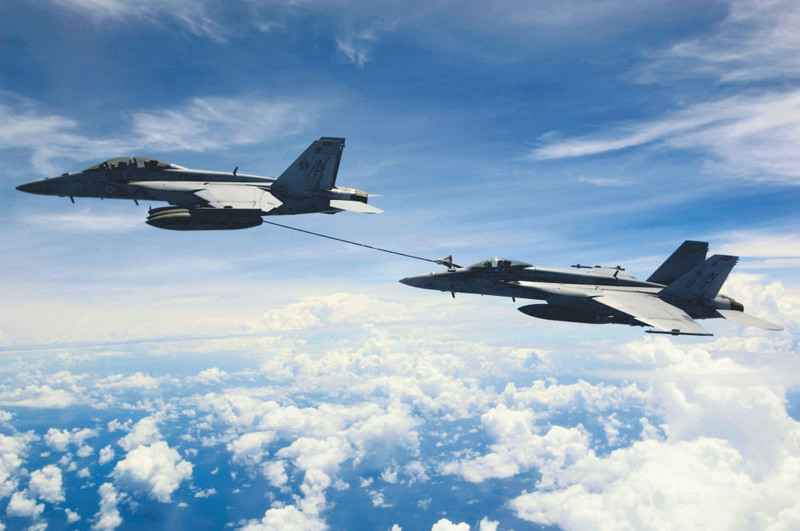 by Nov 26, 2015 12:00 am
The U.S. government is working hard to ensure quicker processing of U.S. foreign arms sales, which surged 36 percent to $46.6 billion in fiscal 2015 and look set to remain strong in coming years, a top Pentagon official said. "Projections are still strong," Vice Admiral Joe Rixey, who heads the Pentagon's Defense Security Cooperation Agency (DSCA), told Reuters in an interview late on Monday. He said the agency was trying to sort out the impact of a much stronger-than-expected fourth quarter as it finalized its forecast for arms sales in fiscal 2016, which began Oct. 1.

The fight against Daesh militants and other armed conflicts around the globe were fueling demand for U.S. missile defense equipment, helicopters and munitions, Rixey said, a shift from 10 years ago when the focus was on fighter jets. "It's worldwide. The demand signal is coming in Europe, in the Pacific and in Centcom," he said, referring to the U.S. Central Command region, which includes the Middle East and Afghanistan.

U.S. companies and some foreign countries have expressed growing frustration in recent months about delays in arms sales approvals. They argue that the U.S. government has not expanded its capacity to process arms deals despite a big spike in such transactions.

Jeff Kohler, Boeing Co's vice president for international business development, said earlier this month he and his Gulf customers were "a little frustrated" with delays in getting U.S. approvals for fighter jet sales.

A $3 billion deal for 28 Boeing F/A-18E/F fighter jets for Kuwait, and a separate Qatari deal for F-15 fighters, have been delayed for some time. Rixey said DSCA was keeping up with surging arms sales requests largely through process improvements and better training, but he warned that potential cuts in Pentagon headquarters funding could pose a problem. DSCA is handling a total of 13,500 cases with a total value of $461 billion. Last year's total was the biggest yet, outside of a spike caused by Saudi fighter jet sales in 2012.

Rixey said his agency was coordinating more closely with the U.S. State Department, the U.S. Commerce Department and other Pentagon agencies and leaders to advocate for U.S. arms sales as a key instrument of U.S. foreign policy.

He said requests from countries that were "well-behaved" and protected U.S. technology were generally processed quickly, but the U.S. government would take its time vetting sales to countries with weaker records on human rights and technology. DSCA had increased training and was working on a variety of initiatives, Rixey said, including pre-processing reviews and stockpiling some munitions and other weapons that were in high demand by using a special revolving defense acquisition fund. Congress has authorized the agency to spend up to $400 million from the account since it was reconstituted in 2011, about $75 million of which remains available, said Pentagon spokesman Lieutenant Colonel Joe Sowers. Rixey said some munitions had also been sold from U.S. military reserves to ensure that they were available to allies quicker.