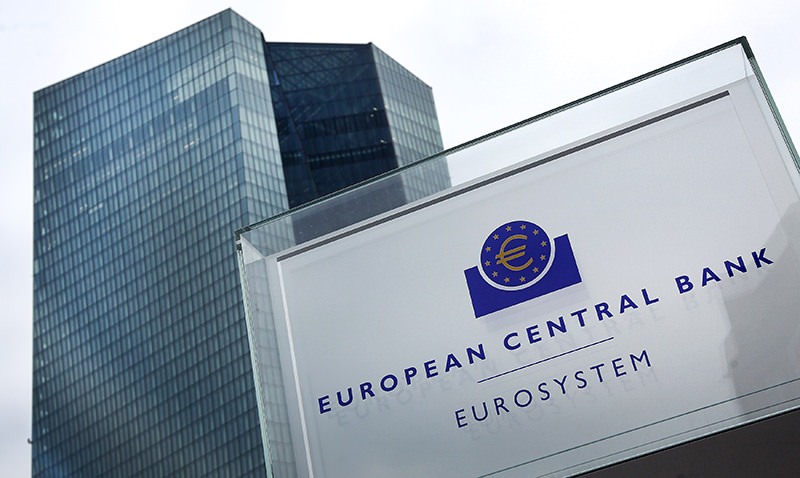 by Associated Press Dec 03, 2015 12:00 am
The European Central Bank (ECB) cut one of its key interest rates and promised to unveil more stimulus measures on Thursday in an attempt to boost lending and help the growth in the 19-country eurozone economy.

The bank said it is reducing the interest rate on deposits from commercial banks from -0.2 percent to -0.3 percent. The negative rate is intended to push banks to lend excess cash by imposing a penalty for leaving it at the central bank.

The size of the cut, however, appeared to be a disappointment for investors. Stock markets fell and the euro rose against the dollar.

The ECB held its benchmark refinancing rate at an historic low of 0.05 per cent.

The ECB also said it would announce further measures at a news conference later by bank President Mario Draghi. That could include an increase in its 1.1 trillion euro ($1.2 trillion) bond purchase program, either by increasing the monthly amount from 60 billion euros, or by extending it beyond September 2016, or both. The ECB purchases the bonds with newly created money, a step aimed at increasing the amount of money circulating in the economy. That can make credit easier to get and raise inflation, which is currently considered to be too low at only 0.1 percent annually.

The ECB wants to raise annual inflation toward its goal of just under 2 percent. That is to fulfill its legal mandate to maintain price stability, a requirement contained in the basic EU treaty that set up the bank as the chief monetary authority for the shared currency.

Low inflation can help spending by consumers by making their euros go farther. But it is a sign of weak demand, and if it becomes ingrained can lead to chronic stagnation if people begin anticipating flat or falling prices in purchasing decisions and wage agreements.

Weak inflation of the sort prevalent in the eurozone makes it harder for the currency union's indebted members such as Greece to reduce their burdens and to bring their business costs down relative to their eurozone trade partners a necessary step in their economy recovery.

The eurozone economy as a whole grew by 0.3 percent in the third quarter, with falling unemployment and some indicators pointing up. But growth was less than expected.

The ECB's stimulus is in sharp contrast to the path pursued by the U.S. Federal Reserve, which has ended its own bond purchase program and is now expected to start raising interest rates from near zero at its next meeting Dec. 15-16.
Last Update: Dec 03, 2015 3:10 pm
RELATED TOPICS