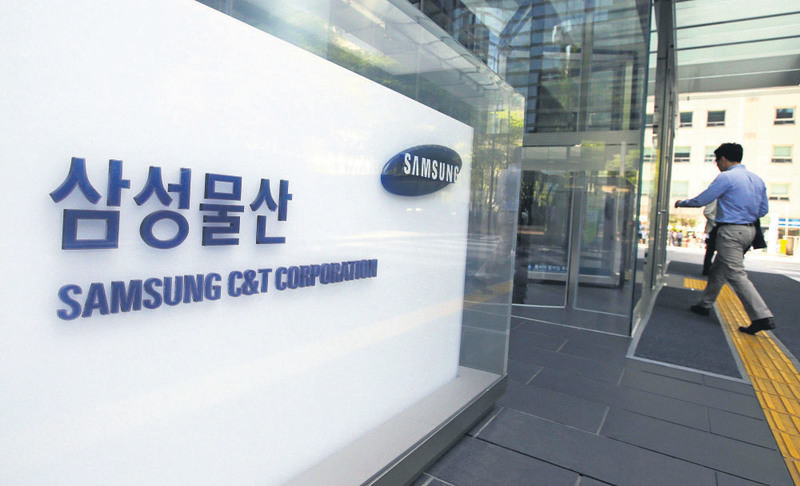 Kim said the investigation was related to the deal but declined to discuss other details because the matter was under investigation. The Cheil ındustries and Samsung C&T deal was contested by some minority shareholders of Samsung C&T who questioned its fairness. The most outspoken opponent was Elliott, a U.S. hedge fund, which eventually lost its legal fights to stop Samsung from combining the two companies. Elliott argued the deal unfairly benefited Samsung's founding Lee family and other shareholders at Cheil at the cost of shareholders at Samsung C&T.

The fight between Elliott and Samsung drew international attention as Samsung's all-out campaign was at one point criticized by Jewish organizations for depicting Elliott's founder as ravenous, big-beaked vulture.

Meanwhile, Samsung has agreed to pay Apple $548m as part of a deal to settle a long-running patent dispute. The arrangement was revealed in papers filed to a California court by both companies on Thursday. The dispute began in 2011 when Apple said Samsung was using some of its patented technologies without permission. The payment does not mean the end of the row as, next year, a U.S. court will decide if Apple deserves more damages.

A joint case management statement filed to the California court revealed that Samsung had agreed to pay Apple within 10 days of receiving an invoice.

The payment is part of a bigger $1 billion damages award that Apple was granted in 2012 by a jury that considered the case. That total was reduced on appeal to $930 million. Further legal action split this total into two parts - a $548 million chunk for technology patents and a $382 million chunk for allegations that Samsung copied Apple's packaging materials. A jury is due to decide on the second damages award in 2016.

Despite agreeing to pay the first part of the settlement, Samsung said it reserved the right to get its money back if there were further developments in the case. The U.S. Patent and Trademark Office (USPTO) is currently reviewing some of the patents Apple used in the court case. Apple has disputed Samsung's right to a refund if the patents are ruled invalid. One of the patents in the case, covering ways to add the "pinch to zoom" feature to smartphones, has already been ruled invalid by the USPTO. Apple is appealing against this decision. Soon after the USPTO made the decision to invalidate the pinch patent, Samsung lodged a call to review the entire case with the US appeals court. This call was rejected."After years of not getting a cent, more than half a billion dollars is significant," wrote patent lawyer Florian Mueller in a blogpost, according to BBC. However, he added, the continuing uncertainty about the validity of some Apple patents and Samsung's plans to file fresh appeals meant the case was a long way from reaching a resolution.
RELATED TOPICS