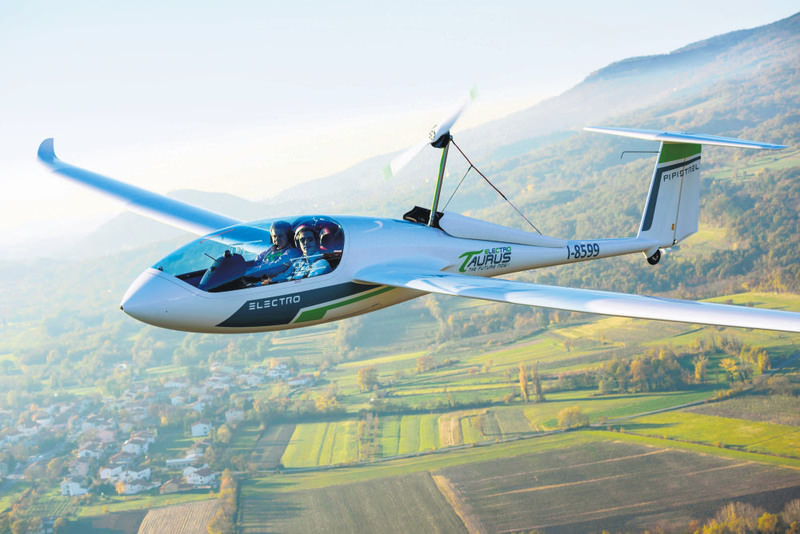 by Dec 07, 2015 12:00 am
Ultra-light, fast and cheap: electric planes. More than a century after the Wright brothers flew the world's first powered aircraft, a small Slovenian company now hopes to revolutionize the aviation industry with its award-winning electric planes. Pipistrel's pioneering Taurus Electro is seen as a breath of fresh air in a sector responsible for 13 percent of CO2 emissions from all transport sources. Launched in 2007, around 20 orders are now put in every year for the two-seater plane, which is produced in a factory in the town of Ajdovscina, close to the Italian border.

The 110,000-euro price tag is offset by the plane's inexpensive maintenance: At 70 cents an hour, the Taurus is 10 times cheaper to run than traditional twin-seater planes, according to Pipistrel.

Simplicity is key: you charge the battery, hop inside the cockpit and hit the "on" button to activate the fuselage's propeller. The large-winged aircraft can thrust itself to an altitude of 2,000 meters after which the engine is retracted and the Taurus glides across the sky as a sailplane.

"You have just two buttons, up and down and full power, but you can always switch off immediately when you need to slow down the aircraft," explained pilot Nejc Faganelj, soaring high above the Slovenian countryside on a sunny winter's day. But behind the deceptively easy usage lies a highly complex design. The most crucial element - and biggest challenge - is the lithium battery, which needs to be light yet sturdy so that it doesn't catch fire if it overheats. "To copy a design from the car industry is not that difficult. But to make something that is lighter, more efficient - that is definitely something that has not been done before," said Pipistrel engineer Jure Tomaciz.

The plane covered 650 kilometers in the space of two hours with an average speed of 172 kilometers per hour.

"The car industry, with all the money it has at its disposal, and practically no weight limitation, even today isn't capable of producing an electric car that would take four passengers for 600 kilometers at a speed of 200 kilometers per hour," Pipistrel's founder, Ivo Boscarol told AFP.

"We did that with our electric plane," he added proudly.

The son of a machine engineer turned test pilot, Boscarol has spent the last three decades developing and perfecting his low-carbon invention.

When he built his first aircraft in the 1980s, he had to test-fly them in secret and only after dark - at the time piloting private planes was prohibited in Slovenia, then part of the former communist Yugoslavia.

The night flights, along with the aero-dynamic shape of the plane wings, inspired Boscarol to name his company after the pipistrelle bat.

Today, the Slovenian firm is a global market leader in the field of energy-efficient aviation travel, with Boscarol featuring on the 2015 list of news outlet Politico's most influential Europeans.

"I'm sure the electric flight will become a standard. This aircraft will be able to cross the Atlantic, to fly faster, to carry more persons," he said confidently.

However, large aircraft companies remain cautious, saying there's still a long way to go before the technology can be used for heavy passenger planes.

Nevertheless, "in 20 or 30 years, we may be able to fly regional commuter jets with around 60 people onboard thanks to hybrid electric propulsion," according to Airbus Group boss Tom Enders.

The corporate giant currently explores this vein with its E-Fan, a twin-seater plane powered by two 30-kilowatt electric motors. The ultra-light aircraft aims to offer aero clubs an alternative to traditional planes, both noisier and more polluting.

But, there's still a lot of room for improvement: the E-Fan currently only has a one-hour flight range. Last summer it managed to cross the English Channel, 106 years after Frenchman Louis Bleriot became the first person to make the journey in a heavier-than-air plane. The E-Fan's exploit shows what can be possible with "a future aviation based on more electric technologies," according to Airbus.
RELATED TOPICS