Turkey promises to reduce its carbon emission rate by 21 pct 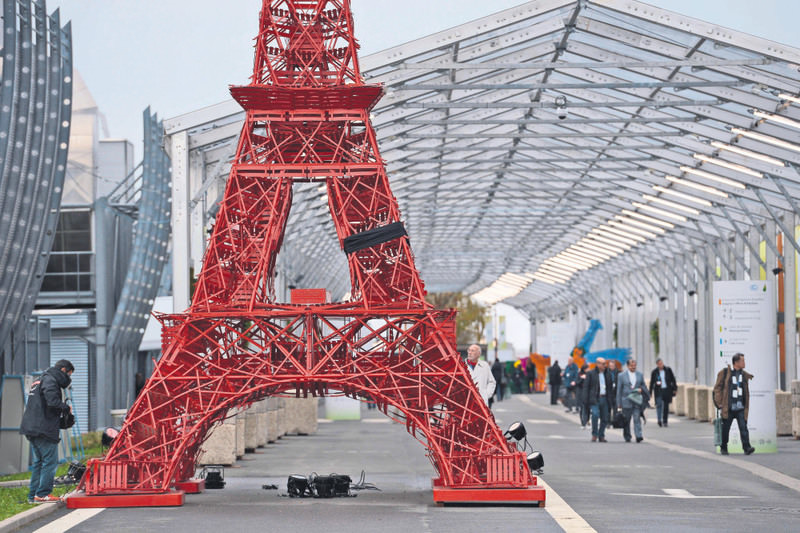 By focusing on climate-related projects, Turkey promised to reduce its carbon emissions with the help of funds it will receive at the United Nations Climate Change Conference of Parties (COP21) in Paris

Now both developed and developing countries are bargaining hard over the control of resources during the climate summit, where a total of 180 countries will promise to reduce carbon emissions.

Turkey is conducting negotiations with a team of 80 experts lead by the Environment and Urbanization Ministry. Climate Change Chief Negotiator, Emin Birpınar, said, "Turkey promised to reduce its carbon emission rate by 21 percent." Emphasizing that it is impossible to reach a settlement before sorting out financial problems, Birpınar said, "Turkey is continuously growing. We have exceeded 5 tons in per capita emission. This figure will reach around 10 tons by 2030."

Environmental experts are hopeful about the COP21 summit. Zeynep Okuyan, the Turkey's partner of Ernest & Young, said the most important feature of the COP21 summit is the Intended Nationally Determined Contributions (INDC) for global warming. Okuyan stressed that the actualization of the first transfer of financial aid to the Green Climate Fund is one of the most important milestones in climate-related projects.

"The distribution of funds, which will be transferred from developed countries to developing ones to be used in renewable energy and efficiency projects, is important. Here, we are talking about an annual fund of $100 billion," said Okuyan.

Mirhan Köreoğlu Göğüş, projects manager at CDP Turkey, an international environmental NPO, suggested that Turkey should encourage the use of fossil fuels in order to achieve the targeted 21 percent reduction in carbon emissions by 2030.

Professor Gürkan Kumbaroğlu, the head of the International Association for Energy Economics, said that it is a must to increase carbon costs in order to put into practice the worthwhile conclusions from the climate summit in Paris. "The cost of carbon must rise to around $20 per ton."
RELATED TOPICS