Istanbul's Atatürk airport to be closed when 3rd airport opens 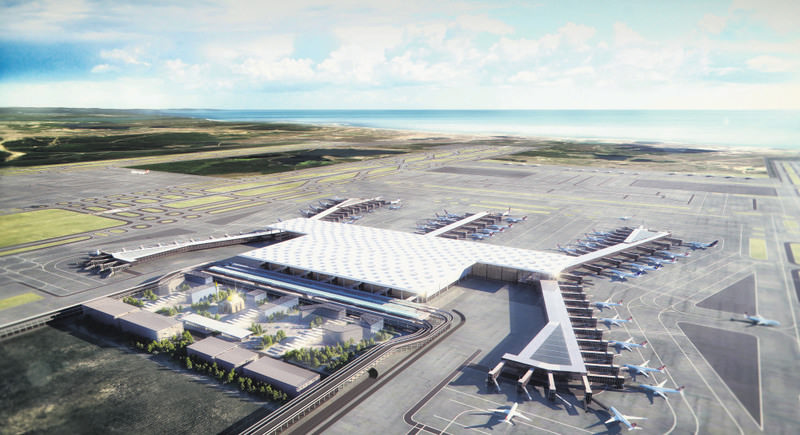 Following the end of the first phase of the construction of Istanbul's third airport, which is projected to be the largest in the world when it starts to operate, slated for in 2018, Atatürk International Airport will cease operations

Özdemir held a press conference during the Airport Council International's (ACI) Airport Exchange Conference 2015, which was organized by the ACI's European and Asia-Pacific regions. Referring to the fact that the first phase of Istanbul's third airport, which is planned to be the largest in the world, will come into service in 2018, Özdemir said it is estimated that the airport will host between 80 million and 90 million passengers in the first year. "We expect that we can achieve this capacity and reach up to 100 million passengers in the first year," Özdemir said, adding that the construction work on the airport was very efficient in November despite the weather conditions in the fall. "We expect our work pace will drop during the winter months where we estimate to work with between 65 and 75 percent efficiency. We will accelerate our work pace as of April," he said.

Providing information about the financing of the airport's construction, Özdemir said they used a bridging loan of 750 million euros before the initial loans, and total expenditures made since the beginning of November has exceeded 1 billion euros. According to Özdemir's statements, when the first phase of Istanbul's third airport comes into service, Atatürk Airport will cease to operate while Sabiha Gökçen Airport will continue to operate. According to Özdemir, this is because it would be useless to continue operations at Istanbul Atatürk International Airport as there will be no connecting flights or cargo operations there.

The airport will have 165 passenger jetways, four terminals connected with a railway system, three maintenance buildings, eight air traffic control towers, six runways, 16 taxiways, a 6.5 million-square-meter airport hangar with a capacity of 500 airplanes, an approximately 70,000 vehicle capacity parking area - touted as the largest airport parking lot in Europe - a clinic, fire department, hotels, a convention center and recycling and waste disposal plants. The airport will also host 150 airlines. The airport will be connected to the Istanbul metro, and multi-lane highways will be built to facilitate access. The area where the airport is being built was chosen after the ecological balance, wind data and the natural and artificial obstacles of the region were taken into consideration.
RELATED TOPICS