Turkey to localize $1 billion worth of satellite market 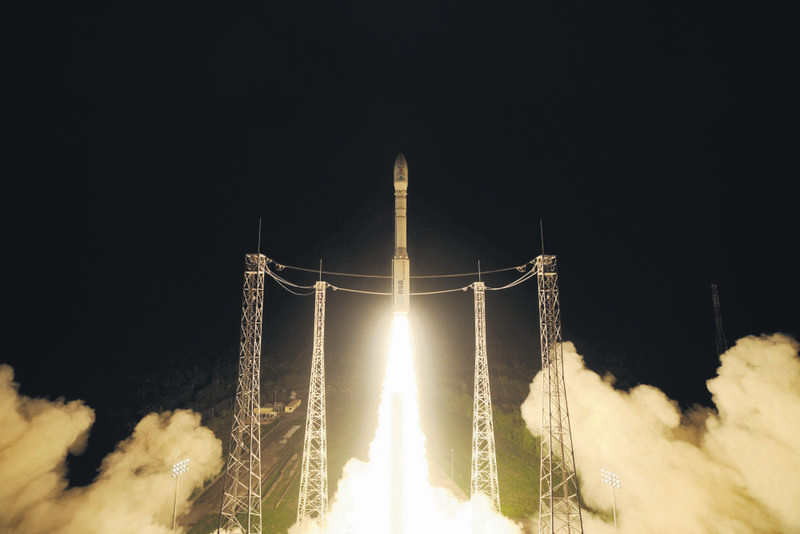 As Turkey readies for its first 100 percent national satellite project, TÜRKSAT 6A, the Satellite, Space and Technology Days powered by TÜRKSAT, gathers giants of the sector together in Istanbul

The upcoming Satellite, Space and Technology Days, supported by TÜRKSAT, is a platform for international and local firms to share their know-how to support Turkish startups working in the satellite industry. The event will include the first completely domestically produced national satellite - TÜRKSAT 6A - a giant leap that will turn Turkey into one of the only countries that can produce, test and launch its own national satellites.

While domestic participation in the production process of the TÜRKSAT 5A and 5B satellites was 25 percent, 100 percent of the TÜRKSAT 6A satellite is anticipated to be covered through national means. It will be launched after the 5A and 5B satellites and will create a national network of satellites worth about $1 billion. Therefore, the successful completion of the 6A Project, assumed by ASELSAN, TÜBİTAK Uzay, Turkish Aerospace Industries (TAI) and C Tech, will mark a cornerstone in Turkish space and satellite technologies.

The event will demonstrate the technological and scientific revolution and visionary projects developed within the last decade. The first broadcasting from the TÜRKSAT 4B Satellite will be actualized during its inauguration which will be streamed via 4K teleconference, featuring the latest images of the ongoing construction of Istanbul's third Bosporus Bridge, its third airport and the İzmit Bay Bridge. Also, the TAI Satellite Test Center in Ankara will participate in the live broadcast.

Hakan Kurt, the organizer of the event, shared insights about the sector in an exclusive interview with Daily Sabah. 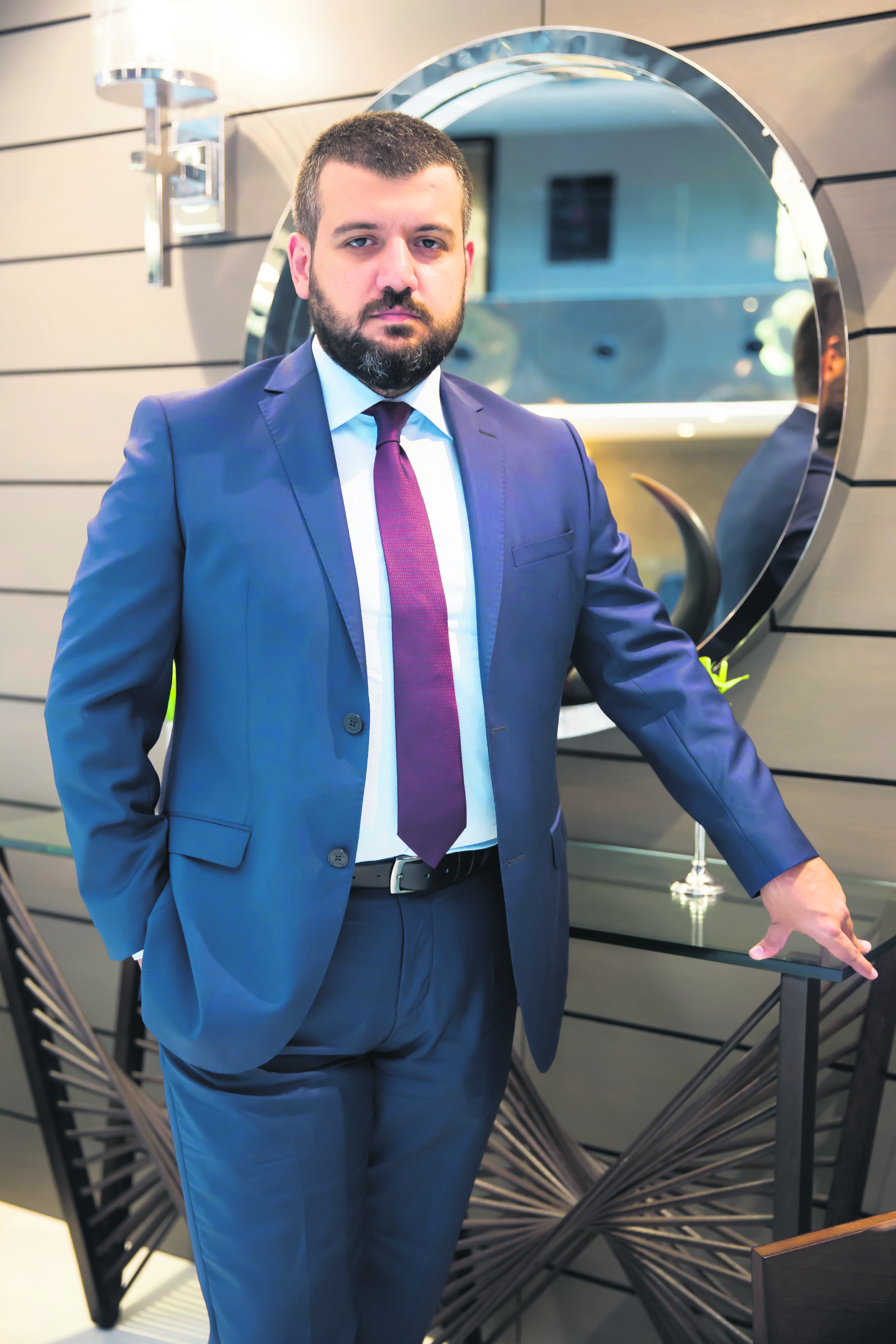 Daily Sabah: What was the underlying idea behind this event and why organize it now?

Hakan Kurt: As Medyacity, we are engaged in market development in strategic sectors, including defense, aviation, satellite, communication and mobile technologies, and we have accomplished projects that would create added value for our country. The Satellite, Space and Technology Days is another project that will create added value for our country. Turkey has become an important and active player in the global satellite network in the world. With the will and vision of our president, we are now on the way to becoming not only an operator of satellites but a country that can product its own satellites and launch them. TÜRKSAT launched satellite 4B on Oct. 16 and the satellite is now in orbit. Satellite 6A will be completely produced with local resources. The 6A Project, undertaken by ASELSAN, TÜBİTAK Uzay, TAI and CTech, is the main idea behind this event.

DS: What is the status of the satellite market in Turkey when compared to the international market?

HK: Turkey's involvement in the global satellite network dates back before the founding of the Republic, as during Sultan Abdülhamid's reign, Turkey was one of the 20 countries that attended the first International Telecommunications Union (ITU) meetings about telegraph regulation organized in Europe. However, at the start of the Republic, these regulations were overlooked and satellite technologies only started being discussed during the Prime Ministry of Turgut Özal. Yet, the first serious step by the government was taken in 2004, when TÜRKSAT became a 100 percent Treasury-funded entity. In the last decade, TÜRKSAT has been working on communication satellites and the Göktürk 2 surveillance satellite. Turkey has come a long way within the last 10 years, but unfortunately the fiercest competition of capitalism is in space. While TÜRKSAT's satellites maintain 90 percent efficiency, of the U.S.'s satellites - more than 400 - only have an efficiency rate of 1.5 percent. These figures indicate that the global industry is turning space into a junkyard by launching satellites just to fill the empty frequencies in space.

DS: What are the latest developments at TÜRKSAT?

HK: TÜRKSAT was founded as a corporation in 2004 under the Transport, Maritime Affairs and Communications Ministry whose full funding is provided by the Treasury. The main objective of TÜRKSAT is to regulate and operate satellites. The "construction of satellites" was added to the duties of TÜRKSAT due to the developments in the sector and thanks to the vision of our politicians. Therefore, it has become a corporation that constructs or contracts the construction of satellites, as well as regulates and operates the network of satellites.

DS: What are the other players in Turkish satellite market besides TÜRKSAT?

The satellite sector is comprised of three phases. First, the construction and launching of the satellite; second, the regulatory mechanism regarding the satellite; and third, the operation of a satellite after it is launched into orbit. The first phase will be completed when the 5A and 5B satellites are commissioned. National support had also been provided for the core technologies of the Göktürk 2 satellite, which now provides critical strategic data to Turkey. While France and Japan are the two main countries offering their services for the construction phase, all communication satellites prior to TÜRKSAT 4A and 4B had been performed by France, with Japan assuming construction of the 4A and 4B satellites. Russia, on the other hand, had been highly involved in launching operations. Another crucial system is the positioning of satellite operators in the sector, as Eutelsat, Ses Astra, Azer Cosmos, Yassat and Arapsat are television broadcasting and data competitors in the same geographic region, and Turkey which is home to TÜRKSAT.

DS: We are talking about a $1 billion local network. Why couldn't we achieve it until now?

In the next five years, the TÜRKSAT 5A and 5B satellites will create a network worth around $500 million, while the 6A satellite's network is expected to be worth around $300 billion. In these two operations, around $500 million will be covered locally and $500 million worth of exports will be prevented, meaning that around $1 billion will be located in this national network of satellites. It is estimated that the export value per kilogram of a 6A satellite will be around $100,000, if exported. The answer to your second question is about the technological revolution Turkey has undergone since 2004. With the vision and support of our president, Turkey has developed its national resources and gained strategic power with these resources. As you can appreciate, political will and stability are required for such revolutions. The decisions taken back in 2004 are now being accomplished with the support of political will and the country's stability.

DS: What are the topics included in the agenda of the event?

The event will focus on various topics based around the satellite network. We believe the two main topics - building a brand out of the e-devlet online services, operated by TÜRKSAT, and 4.5G and 5G - are two topics that will have positive outcome for Turkey. E-devlet has about 25 million users, has minimized bureaucracy and maximized government control, and is Turkey's most crucial digital platform. With the know-how Turkey has gained in this respect, a $80 million project has been accomplished in the Turkish Republic of Northern Cyprus and the use of digital IDs was implemented. Now, Turkey has a more aggressive marketing model and wants to turn e-devlet into a brand. At the panel sessions during the event, the future of the brand will be discussed with international participants and business development work will be launched to implement this system in countries without it. 4.5G and 5G is another crucial topic, as the event will focus on determining the national contribution to these projects after the frequency agreements worth 2 billion euros were signed, and the support of Turkish firms to this project will be discussed and sought.

DS: Will there be international firms and speakers at the event?