Qatar projects under development worth $71B 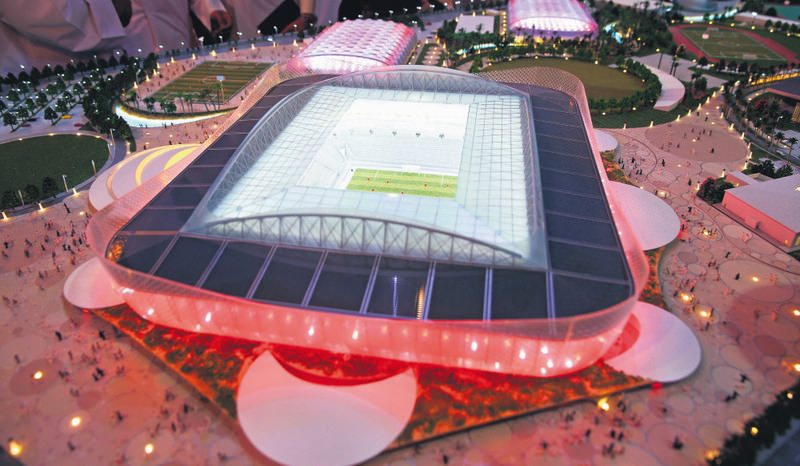 by Daily Sabah Dec 14, 2015 12:00 am
Qatar will use a more conservative break-even oil price to base its budget on in lieu of the previously-used $65 a barrel, the country's finance minister said.

Ali Sherif al-Emadi did not elaborate further on the price, but said Qatar's 2016 budget was in the final stages of preparation and will be presented soon.

"In spite of global pressures, Qatar will achieve good financial growth in the next phase. This is thanks to the on-going implementation of major projects in the field of health, education, infrastructure and preparation for the 2022 FIFA World Cup," he said, adding that the total value of major projects in development in Qatar is $71.6 billion, not including projects for the oil and gas and private sectors.

Qatar's upcoming budget is being closely watched for the impact that lower hydrocarbon prices will have on state spending as the country continues development and preparations for the 2022 World Cup.

It will also be the country's first new budget in almost two years after it moved its fiscal year to Dec. 31 from March 31 earlier this year. Last month, al Emadi was quoted as saying that the falling price of oil, and subsequent budgetary adjustments made by Qatar's government, will not affect the FIFA World Cup 2022 projects.

Speaking to The Peninsula newspaper, Dr Ibrahim the Qatar World Cup projects will be more cost efficient than previously envisaged. He said the cost-cutting measures will also have to be implemented by the public in their use of subsidized utilities, in particular electricity and water, in order to reduce wastage.
RELATED TOPICS