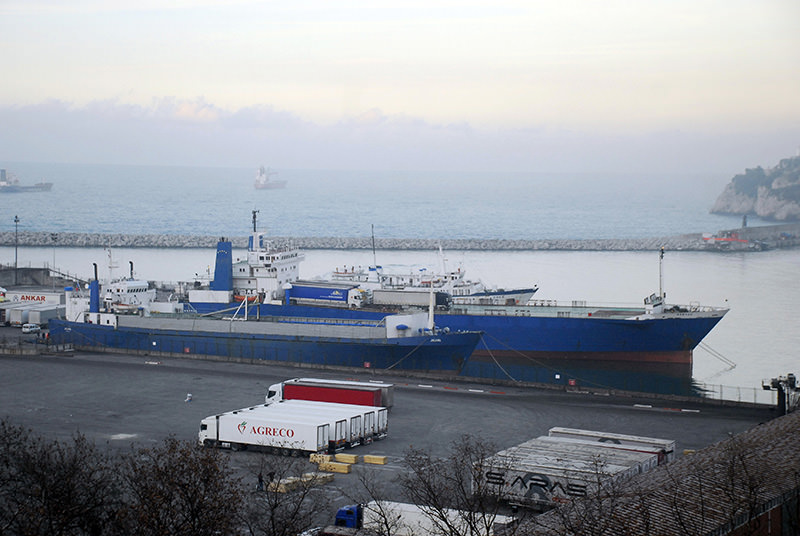 by Daily Sabah Dec 16, 2015 12:00 am
Eight Turkish ships currently docked in Russian ports have been denied the ability to travel since the military jet downing incident on Nov. 24. This has led Turkey to tighten its inspections of Russian ships in response, and has so far withheld 27 Russian ships due to the failure to meet sailing criteria.

According to Turkish daily Habertürk, based on shipping officials in Ankara, the number of Turkish ships held by Russia reached eight this week. Turkey, using the principle of reciprocity, tightened the inspections in Turkish ports in line with the Mediterranean and Black Sea memorandums. So far, 27 ships have been withheld from sailing as they failed to meet the criteria set by these memorandums. Following these incidents, Turkish and Russian authorities contacted each other via email, with the Russian side giving the green light for a meeting to overcome the crisis, although how and when the parties will meet is unclear. The withheld Russian ships were described as old vessels.

As soon as the Russian Su-24 fighter was downed by Turkey for violating its airspace, Russia began implementing non-reciprocal trade ties and customs practices. Having detained Turkish businesspeople as well as not letting Turkish trucks cross the border, Moscow began denying Turkish trade vessels entry to Russian ports. A roll-on/roll-off (ro-ro)-type ship, which departed from Samsun in northern Turkey, was reportedly not allowed to approach the Port of Novorossiysk. It was also reported that the ship is being kept in open waters.

While Turkish officials have long attempted to ease the tensions by emphasizing that Russia is not an enemy of Turkey and Turkey's right to protect its borders had to be respected, Russia's aggression has affected trade ties. Moreover, Russia further strained the two country's commercial relations by Russian Prime Minister Dmitry Medvedev's approving a list of sanctions against Turkey in retaliation for the downing of a Russian warplane, but the measures stuck largely to what Moscow had previously threatened and had several notable omissions. The order, published on the government's official website on Tuesday, listed agricultural products that Russia would no longer import from Turkey beginning on Jan. 1, and formalized a ban on charter flights to Turkey from Dec. 1.
Last Update: Dec 16, 2015 5:03 pm
RELATED TOPICS