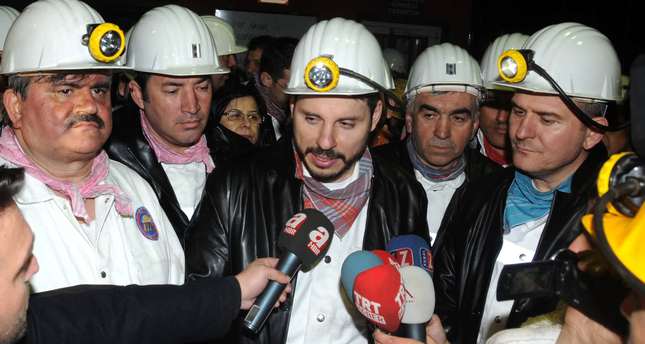 The two ministers spent one-and-a-half hours underground before they met with journalists.

Albayrak said some problems faced by miners continued, adding that his impression of what a miner's live entailed changed after spending time in the mine.

The minister also added that the government was preparing a comprehensive program to help the miners.
RELATED TOPICS