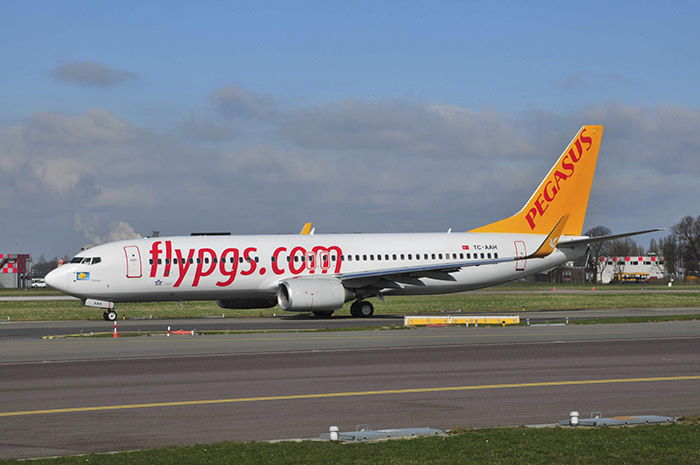 While Turkey's flagship carrier Turkish Airlines (THY) currently continues its services, there is worry about how the visa crisis will be resolved. Russia had announced that as of Jan. 1, it is canceling visa-free travel for Turkish citizens after Turkey downed a Russian SU-24 bomber jet that violated its airspace.

According to International Civil Aviation Organization (ICAO) rules, visas are not required for crews on turnaround flights. These teams are allowed to stay in the related country for one or two days with special permits. Despite this rule, however, Russia has requested visas from Pegasus and Onur Air's crews.

Pegasus said, as the airline's visa application filings have not yet been replied too, their flights to Russia will be cancelled until Jan. 13. The airline said passengers with suspended tickets can receive refunds free of charge by calling the airline's call center (+908502506702). The airline had scheduled flights to four destinations in Russia.

Onur Air suspended its flights to Nalchik until Jan. 14, but continues flying to Moscow.

THY, the largest foreign airline carrier of Russia, first obtained visas for a crew of 150 working flights to Russia, then this number was increased to 400.

Russia continues to deny entry to private planes coming from Turkey; thus, such planes must first make a technical landing at a certain point in Bulgaria, and then permission is requested from Russia. Since the request is not coming from within Turkey, such operations are in line with civil aviation rules and visas are issued at the border gates.
Last Update: Jan 05, 2016 4:46 pm
RELATED TOPICS