Number of domestic flights in Turkey increases 10.8 pct in 2015 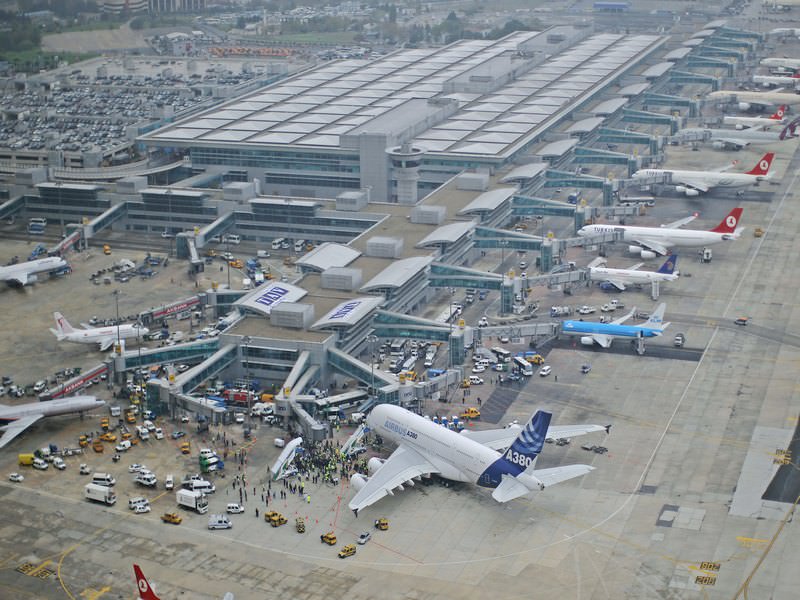 by Anadolu Agency Jan 07, 2016 12:00 am
The number of passengers taking domestic flights in Turkey grew 14.1 percent last year from the previous year, the General Directorate of the State Airports Authority said in a statement Thursday.

The number of passengers on international flights grew 4.4 percent in the period.

The total number of domestic passengers for the year was 97 million. The number of international passengers reached almost 84 million, the authority said.

Turkish airports served 105,148 planes in the last month of 2015, an increase of 16.8 percent compared with the same month a year earlier, including the number of overflights.

The amount of air cargo in 2015 increased 5.8 percent in all flights to more than 3.06 million tons.

Istanbul's Atatürk Airport remains the busiest airports in Turkey, with 61.3 million passengers last year, an increase of 8 percent from 2014; Sabiha Gökçen Airport, Istanbul's main air hub on the Asian side, was second, with the number of passengers increasing to over 28 million last year from 23.5 million in 2014.
Last Update: Jan 07, 2016 6:42 pm
RELATED TOPICS