US stocks get crushed again, markets have worst 4-day start in history amid new China worries 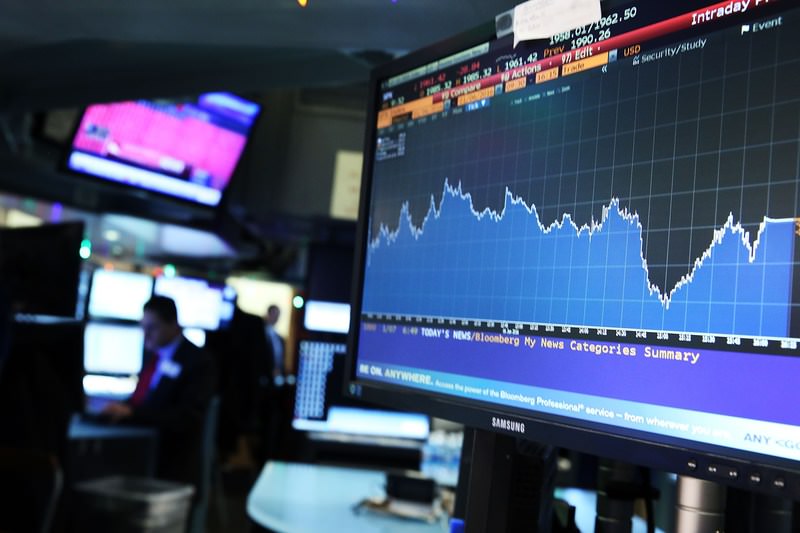 It was the worst one-day drop on Wall Street since late September, and the main U.S. benchmark, the Standard & Poor's 500 index, has now had its worst four-day opening of a year in history.

The latest bout of market volatility came after China allowed its currency to weaken further, a dangerous omen for the world's second-largest economy. That helped set off a 7 percent plunge in China's main index, causing trading to be halted after just 30 minutes.

The sell-off spread across continents, sending indexes sharply lower in the U.S. and Europe. The price of U.S. crude oil plunged to its lowest level since 2004 as traders worried that weakness in China would translate into lower global demand for energy.

The downturn in the U.S. has been concentrated in technology stocks, which could suffer if demand for iPhones and other electronics weakens. Apple sank 4 percent and has now fallen 27 percent since July.

Thursday's drop pushed the tech-heavy Nasdaq composite index into what market watchers call a "correction," or a drop of 10 percent from a recent peak. The Nasdaq has fallen for six days straight.

China could be in store for more declines after that country's market regulator suspended automatic trading halts that were put in place Jan. 1. Those halts, which were triggered twice this week, are increasingly seen as inadequate measures to prevent volatility.

"The management of the Chinese economy is the real concern," said John Canally, chief economic strategist at LPL Financial. "All that matters for markets right now is 'China can't get their act straight.' "

While the Nasdaq is so far the only major U.S. index to enter a correction, the other two are getting close. The Dow average is down 9.8 percent from its peak in May, and the S&P 500 index has lost 8.8 percent since then.

The price of U.S. crude oil dipped to 12-year lows as investors worried worldwide demand will fall even further. It sank 70 cents, or 2.1 percent, to $33.27, its lowest close since February 2004. Brent crude, the benchmark for international oils, lost 48 cents to $33.75 a barrel in London. Brent is trading at 11-year lows.

Apple, the world's largest publicly traded company, had its biggest loss in four months and fell to its lowest price since October 2014. Financial stocks also slumped. Citigroup gave up $2.56, or 5.1 percent, to $47.56.

2016 has started with a series of warning signs about China's economy. Those worries about China have drowned out signs that the economies of the U.S. and Europe are doing fairly well.

Thursday's selling was linked to weakness in the yuan, as the government's decision to let the currency get weaker may be a sign of weakness in China's economy. Earlier this week, economic data caused investors to worry about China's manufacturing and service industries.

"China's been such a big driver of global growth for 15 years and now they're not, and they don't seem to have a plan for the next 15 years," said Canally.

The S&P 500 is down 4.9 percent this week, on pace for its biggest weekly loss since August. That decline was touched off by worries that a dive in China's stock market would harm that nation's economy.