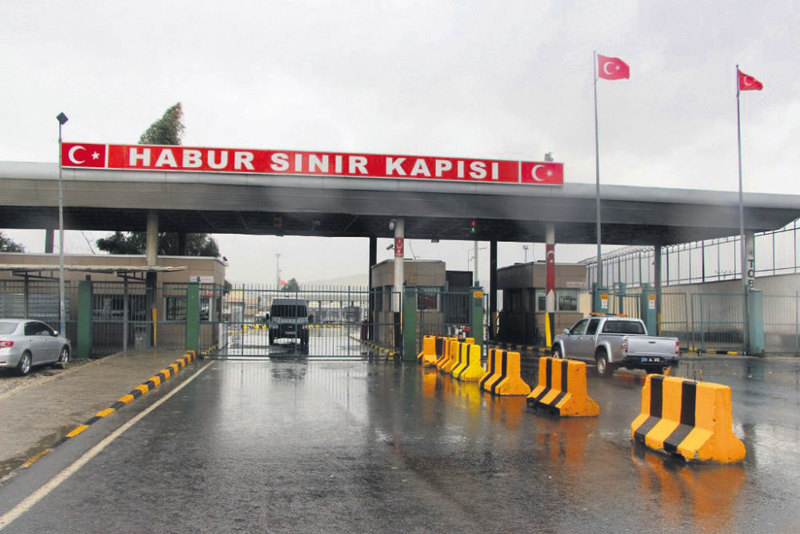 Following the shutting down of the Habur border gate three weeks ago, in order to support trade relations between Turkey and Iraq, which is worth $10 billion annually, four more border gates are planned to open as alternative gates to Habur

The Habur border gate, which has been closed for the past three weeks, will cease to be the only alternative for trade between Turkey and Iraq. Four new border gates are planned to facilitate around $10 billion worth annual trade between the two Middle Eastern neighbors. In the meantime, the Habur border gate opened Tuesday and priority was given to trucks carrying fresh produce. Military vehicles accompanied the trucks waiting in convoys for security purposes, and security checks are conducted. The vehicles were then diverted to a new ring road in order to avoid the town's center. The loss exporters suffered when the gate was closed for three weeks due to clashes in the area was $500 million.

According to Turkish daily Sabah, the Customs and Trade Ministry has completed 70 percent of the works regarding four new border gates, of which the locations have already been determined. On the Turkish side, while the bureaucratic and zoning works are almost completed, the negotiations with the Kurdistan Regional Government (KRG) are in the final stage. An agreement has been reached with KRG Prime Minister Nechervan Barzani on the detailed report regarding the gates, and the parties have agreed to expedite the progress.

The new border gates will be established at Gülyazı, Aktepe, Ovaköy and Üzümlü as routes to relieve the load on the Habur border gate. Furthermore, works to open the Umurlu border gate in Hakkari continue. These alternative gates will be gradually commissioned and completed by 2017.

When around 15,000 trucks were stuck at the Habur border gate due to terror attacks, the exporters who were worried about fresh fruits and vegetables rotting and who do not want to lose the Iraqi market, headed to Iran. They were then waiting for their trucks to pass through Iran's Gürbulak border gate.

The International Transporters' Association (ITA) announced that, on average, 4,000 trucks pass through (enter-exit) Habur border gate daily, exceeding the gate's capacity. The ITA said they are willing for planned projects that will alleviate the problem to be implemented soon.
RELATED TOPICS