Turkish officials take to the road to seek foreign investors 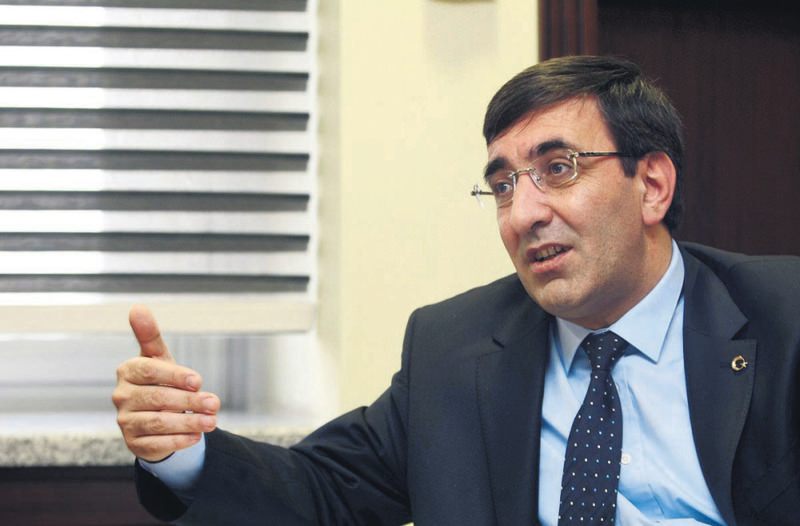 Development Minister Cevdet Yu0131lmaz said officials from his ministry will prepare a road map to attract more foreign investment while initiating measures to increase the domestic savings rate.
by Zübeyde Yalçın Jan 11, 2016 12:00 am

Development Minister Yılmaz outlined a comprehensive initiative to attract foreign investment. Top officials will meet CEOs and foreign investors while teams will be sent abroad to brief the business community on Turkey's potential

Development Minister Cevdet Yılmaz said over the weekend that his ministry would launch a worldwide promotion campaign to attract foreign investors to the country, meeting with top CEOs and financiers.

Special teams will be formed to comb the world to find potential investors, he said, adding that programs and projects will be planned to gain the notice of international companies. President Recep Tayyip Erdoğan, during his tenure as the prime minister, met with CEOs of conglomerates to foster dialogue and increase foreign direct investment, Yılmaz said, adding that the ministry will continue with this effort.

All efforts would be processed under the four headings of public sector investments, projects through private-public cooperation, private sector investment and foreign direct investment, Yılmaz said, arguing that special focus has to be given to potential foreign investors to create growth spurts in certain sectors.

"Opportunities for commerce and capital are shrinking globally. This is especially true for developing countries. In order to counter this shortage we need to first decrease our need for foreign financing, which can only occur through increasing domestic saving rates. Private pension, real estate or dowry bank accounts are initiatives to increase domestic saving," he said.

Turkey has one of the lowest household savings rate in the developing world, forcing it to require major infusions of foreign debt to grow.

The second measure is to transform Turkey into a major center of attraction for foreign investment, Yılmaz said: "The only way to attract more foreign investment is to increase the attractiveness of your country. Among the measures that need to be implemented are to shrink bureaucracy, increase the effectiveness of the judicial system, invest in the quality of the workforce and develop the infrastructure. An important part of the plan should also be trying new ways to better promote the country."

The election cycle in 2015 had ensured that the focus remained on domestic issues, Yılmaz said, resulting in officials failing to pay necessary attention to promoting the country's enormous economic potential to foreign investors. "We will turn our attention back to attracting funds. Under the measures considered are to send teams abroad to meet with businessmen face to face and pinpointing a single potential investor and persuading him or her to invest here. If you have several projects you are considering, you need to comb the entire world to see who may be able to tackle it – make a list of firms that can undertake a particular job and approach these firms to promote the project. Let's say, an automotive giant decided to invest. It will build a new car model. What can we do to make him decide to build the factory here? If the firm is trying to decide among a few countries, how will we make ourselves more attractive? Such efforts will pay significant dividends. The prime minister can also speak to global investors. He had done so in the U.S. and it had proved very useful."
RELATED TOPICS