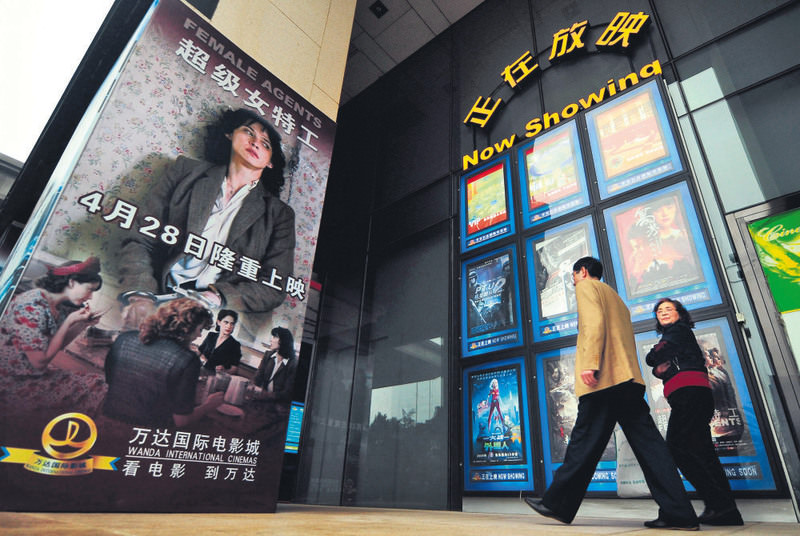 Wanda Group is buying Hollywood's Legendary Entertainment, the maker of films such as Christopher Nolan's ‘Batman' trilogy, for $3.5 billion in the first Chinese acquisition of a major U.S. film company

Chinese conglomerate Wanda Group signed a $3.5 billion deal on Tuesday to buy Hollywood studio Legendary Entertainment, the maker of blockbusters "Jurassic World" and "Godzilla," dubbing it China's biggest-ever cultural takeover. Legendary's film productions have grossed more than $12 billion worldwide at the box office, according to a Wanda statement. The film company's projects - which have also included "Pacific Rim" and the latest Batman trilogy - are mostly the big-budget action spectaculars popular with Chinese audiences.

The agreement was "China's largest cross-border cultural acquisition to date," said the Chinese firm, which is headed by the country's richest man, Wang Jianlin. "American movie companies have the commanding heights of the movie industry in the world," Wang told reporters at the signing ceremony in Beijing, adding the acquisition will "change this situation."

The takeover has echoes of Japanese electronics group Sony's acquisition of Columbia Pictures in 1989, which epitomized the then-booming Asian country's purchases of trophy United States assets. But Wang denied that the deal - which comes weeks after Chinese e-commerce giant Alibaba bought Hong Kong's South China Morning Post newspaper - was intended to increase Beijing's cultural influence. "Government soft power belongs to another sphere," he said at the briefing, where he and Legendary Chairman and CEO Thomas Tull watched lawyers sign the agreement. "I mainly focus on business interests."

Wanda, founded by Wang, has its origins in commercial property, but is diversifying into areas ranging from entertainment to e-commerce as the world's second-largest economy matures and growth slows. The Legendary deal is the latest in a string of overseas acquisitions by the firm, including the organizer of the Ironman extreme endurance contests and Swiss sports marketing group Infront. It also has a stake in Spanish football club Atletico Madrid.

Wang burst into the international spotlight in 2012 by buying U.S. cinema chain AMC Entertainment for $2.6 billion. His company also owns more than 200 malls, shopping complexes and luxury hotels across China. The conglomerate said this week that its revenue surged nearly 20 percent in 2015 despite worsening economic conditions in its home market. Even so, Wang called it a "miracle" that a Chinese firm could "acquire such a big and heavy American company" as Legendary. The deal will make Wanda's movie unit "the highest revenue-generating film company in the world," he said.

Wang, the son of a communist Red Army captain, was himself a soldier before he founded Wanda in the 1980s, building it up with military discipline. The 61-year-old is the 15th richest man on the planet, according to Bloomberg's real-time ranking, which put his net worth at $31 billion on Monday. In October, Wang confirmed that the brother-in-law of Chinese President Xi Jinping owned shares in one of the business mogul's firms, following continuing allegations that political connections helped Wanda.

Tull, the founder of Legendary, will stay in his posts after the purchase. Only 34 foreign films are given cinema releases in China each year under a quota set by Beijing, but Wang indicated that as Chinese co-productions, Legendary movies would be exempt.
RELATED TOPICS