Istanbul's Eurasia Tunnel to be completed by year's end 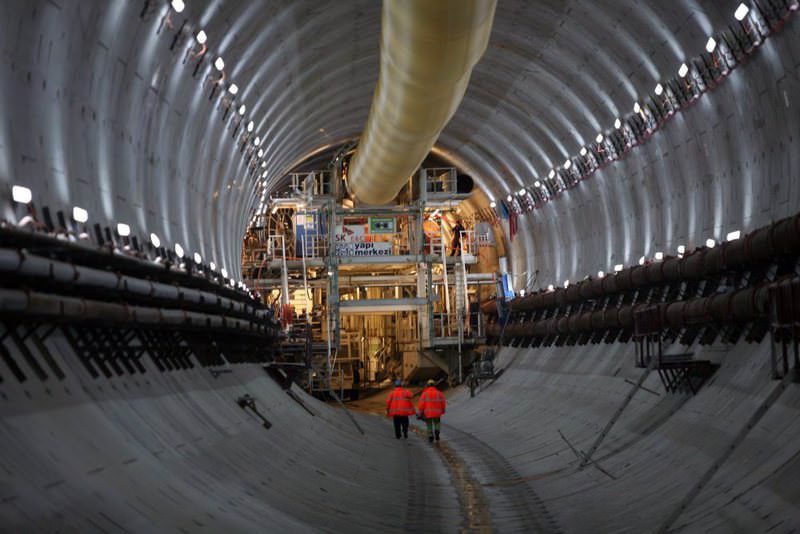 by daily sabah Jan 16, 2016 12:00 am
The Eurasia Tunnel - a 5.4-kilometer undersea motorway between Istanbul's European and the Asian sides - is expected to be completed earlier than planned. The project was expected to be completed in 55 months, corresponding to the first six months of 2017. Reportedly, work on the project has progressed faster than expected, and it will be further expedited to relieve Istanbul's heavy traffic by the end of 2016. The project will reduce travel time along some of the heaviest routes in Istanbul from 100 minutes to 15 minutes.

The project consists of a two-story tunnel below the seabed using special technology. Each one of the tunnels comprises a two-lane road for vehicle traffic. Road expansion and renewal work is being conducted on the 9.2-kilometer part of the project on the European and Asian sides. As a part of the roadwork, work on the Sarayburnu-Kazlıçeşme route is ongoing and roads on Kennedy Street are being enlarged and renewed. Furthermore, vehicle underpasses and pedestrian overpasses will be built on the street. Work on the roads that were closed is continuing as well while work on roads and linking tunnels is on the verge of being completed.

Private companies will operate the project, which has an investment value of $1.245 billion, for 29 years. Moreover, its construction will ensure that it can survive a 7.5 magnitude earthquake. The fee for cars going in one direction will be $4 with the exception of a value-added tax during the first year.
RELATED TOPICS