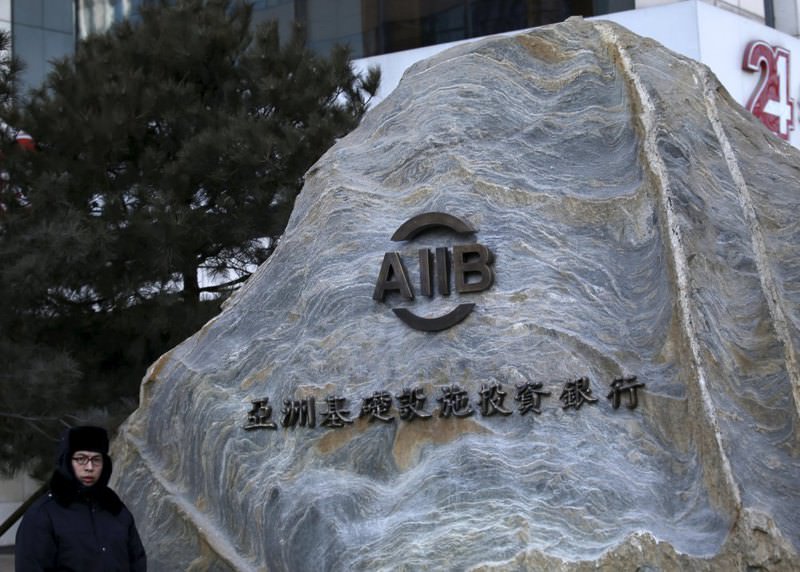 Turkey's membership of the Asian Infrastructure Investment Bank will help the private sector to access funds more easily, according to the deputy prime minister. Thereby, infrastructural projects will be financed without difficulty

Mehmet Şimşek, deputy prime minister responsible for economy, said that Turkey has become a member of the Asian Infrastructure Investment Bank (AIIB) in order to improve Turkey's relations with Asian countries, enable the private sector to benefit from financing opportunities the bank has to offer for large infrastructural projects and to take on an active role in regional projects.

Speaking to Anadolu Agency (AA), the deputy prime minister noted that the investment banks reached a founding agreement that took effect on Dec. 25 last year, after being signed by China, Germany, South Korea, Australia and the U.K., and was first initiated by China in October 2014.

Agreement on the establishment of the AIIB was published in the official gazette on Jan. 12 after being ratified by President Recep Tayyip Erdoğan. The Beijing-based bank, which consists of 57 members, started operations last week.

Şimşek said Turkey will participate in today's opening meeting of the bank's board of governors in Beijing as a regional and founding member, underlining that Turkey became an AIIB member in adherence to its international, political and economic policies which require developing cooperation with Asian countries and enabling the private sector to benefit from financing opportunities.

Şimşek also stated that the AIIB has the ability to finance large infrastructure projects in Turkey, adding that Turkish contracting companies will be able to take an active role in many regional projects, including China's New Silk Road project. Stressing that Turkey will now be able to actualize a number of large-scale projects in the energy, transportation, health and education sectors in the long term, the minister suggested that Turkish companies aim to capitalize on the financing opportunities offered by the AIIB.

According to Şimşek's remarks, the AIIB will promote public and private capital while placing particular importance on underdeveloped economies in the region. Also, it will encourage the private sector to focus on investments in infrastructure.

Touching on Turkey's capital shares and voting power in the bank, Şimşek said that the country has a registered capital of $2.6 billion and a paid-up capital of $521 million which will be paid in five annual installments; the first of which will be paid in January. Turkey's current registered capital of $2.6 billion gives the country nearly 3 percent voting power and makes it the 11th largest stakeholder among all members. Also, Turkey's 3 percent voting power makes it the seventh largest among countries in its region.Şimşek stated that the bank, which is poised to become a new, leading partner in the international development system, pledges to cooperate with existing international development banks in the region. The AIIB, which has a total capital of $100 billion, is expected to be one of the largest international institutions operating in Asia in terms of financing capacity, the minister said.
RELATED TOPICS