Erdoğan visits Antalya ahead of EXPO 2016 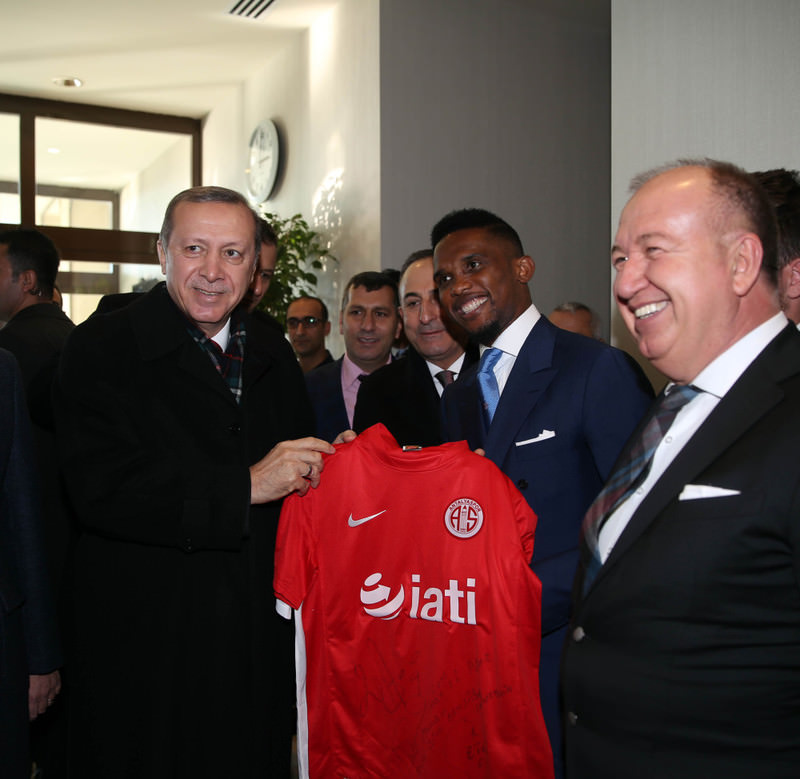 by Daily Sabah with AA Jan 20, 2016 12:00 am
President Recep Tayyip Erdoğan arrived in Antalya to evaluate the ongoing work on the Antalya EXPO 2016 Exhibition Area.

He addressed citizens from the presidency bus before departing from Antalya Airport, and said the EXPO 2016 Botanical Fair will take place for the first time this year. "This April 23 will be very unique for us; therefore, we are here to examine the ongoing works. We will review the works and if necessary, speed up the process," Erdoğan said.

Stressing that Antalya had hosted the G20 Summit last year, which subjected both Turkey and Antalya to a very difficult test, he said they succeeded in gaining the appreciation of the whole world. "I would like to thank you for your hospitality and hopefully the new Botanical Fair will become one of the regular international fairs Antalya hosts," Erdoğan said, adding that preparations are being made to turn it into a regular fair.

Erdoğan said the exhibition's site will be around 150 square meters and that they will be visiting the site together with Food, Agriculture and Animal Stock Minister Faruk Çelik, Foreign Affairs Minister Mevlüt Çavuşoğlu and Transportation, Maritime Affairs and Communications Minister Binali Yıldırım to find out more about the progress. He also thanked in advance all those who put an effort into the organization and the participating countries.