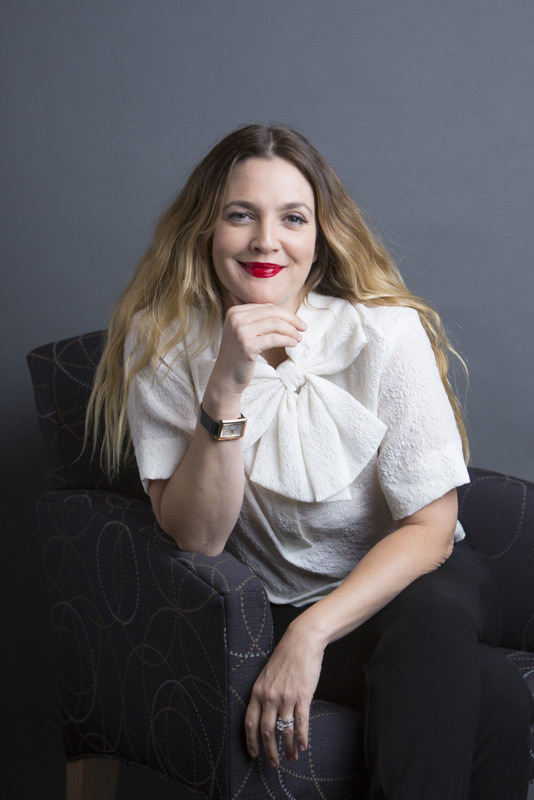 by Associated Press
Jan 21, 2016 12:00 am
Hollywood actress, director and author Drew Barrymore may soon add a new title to her resume: international retailer. Barrymore launched her Flower brand of affordable cosmetics exclusively at Wal-Mart in 2013. Now she says she's in talks with retailers overseas to sell the cosmetics in such places as China, South America, Australia and the United Kingdom. She'll also be launching her own e-commerce business later this year. Last year, she started selling an eyewear collection, also exclusively with Wal-Mart. And Barrymore told The Associated Press earlier this week she wants to expand into clothing, though it's unlikely it will be with Wal-Mart, even though she said she will always give the Bentonville, Arkansas-based discounter "first right of refusal." Barrymore didn't want to use her name for the brand, saying she's aware of the perils of a slapping celebrity name on a product.

"The name of the game is about how you financially succeed fast enough so somebody doesn't dump you, and grow slowly and thoughtfully so that you are just not a flash in the pan," said Barrymore, 40, in a one-hour address at the annual industry forum sponsored by investment bank Financo on Monday. Her father-in-law Arie Kopelman, the former president of Chanel, led the discussion in a room full of several hundred fashion industry executives.

Barrymore, the mother of two toddlers, has found a successful niche in the beauty business. Unlike other cosmetic brands that spend a big portion of their money on advertising, the Flower brand spends most of its money on formulations and packaging. That results in premium makeup quality, she said. Flower Beauty, launched in 1,600 stores, is now in 2,500 stores, according to Wal-Mart spokeswoman Molly Blakeman. Neither Barrymore nor Wal-Mart offered sales volume. The Flower Beauty line, which includes fragrances, ranges from $5 for lip gloss to about $14 for foundation.