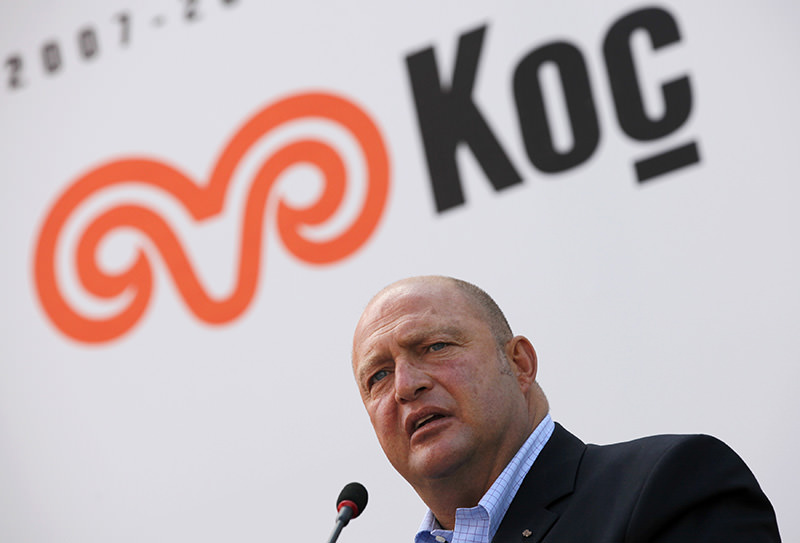 Prominent businessman Mustafa Koç, who chaired one of Turkey’s largest conglomerates run by a dynasty of businesspeople, died Thursday in Istanbul after he suffered a heart attack during a workout session

Koç suffered from a heart attack while he was exercising in the morning, according to a statement released by Beykoz Public Hospital, where he was brought first. He reportedly went into cardiac arrest and 45 minutes of cardiopulmonary resuscitation (cpr) pursued, however the attempts were unsuccessful.

The hospital's head doctor said that Koç was brought to hospital at 8:10 p.m. local time, 15 minutes after an ambulance was called. He added that first medical intervention was carried out by Koç's personal trainer and bodyguard.

As his condition worsened, he was airlifted to American Hospital owned by his company, where he was confirmed to have passed away at age 55. Erhan Bulutçu, administrator of Amerikan Hospital where he died, told reporters the doctors tried for about four hours to resuscitate the businessman to no avail.

Media reports said Koç was engaged in a strict weight loss regime and regularly worked with an instructor. He reportedly underwent a sleeve gastrectomy operation four months ago and lost 40 kilograms of weight since then. He also underwent a bypass surgery in the U.S. in 2002 after it was found that three of his veins connecting to his heart were clogged.

Koç reportedly flew to Ankara and met with Erdoğan on Wednesday afternoon with his brother Ali, and was scheduled to fly to Zurich, and then head to Davos to attend the World Economic Forum (WEF).

Prime Minister Ahmet Davutoğlu, who is in Davos for WEF meetings, has also reportedly called Ali Koç to offer his condolences over the phone. Speaking to reporters in Davos, Switzerland, while attending the World Economic Forum (WEF), which Koç was also scheduled to attend before his death, Davutoğlu said the businessman was "an important name." "The Koç family has always been at the center of economic and industrial growth in Turkey. It was a family tradition to contribute to Turkey's development, and Mr. Koç was among the family members who contributed to this and industrialization. Personally, I knew him as an optimistic, positive man who set an example for fellow businesspeople concerned about the future of economy. It is a significant loss for Turkey. I hope his work for Turkey is not done and the family will continue his works [for the development of Turkey]," the prime minister said.

Güler Sabancı, the chairwoman of Sabancı Holding, the other large business conglomerate run by the powerful Sabancı family that competes with Koç in several sectors, said she was saddened by the passing of Koç, "a dear friend." "The Turkish business world lost a valuable, beloved man at a young age. It is a great loss for all of us. Mustafa Koç greatly contributed to this country in terms of the economy, industrial development, creating jobs for tens of thousands of people as well as with charity work," she said in a statement.

In a statement, Ford Executive Chairman Bill Ford described Koç as an "outstanding business leader" and a close friend. "His family and mine have a special relationship that goes back to Henry Ford and Vehbi Koç. I will miss him personally and professionally," Ford said.

Meanwhile, a press statement released by Koç Holding on Thursday afternoon stated that Koç's funeral ceremony will be held on Jan. 24 following the noon prayer in Istanbul's Teşvikiye Mosque. Following the funeral prayer, he will be buried next to his family in the Zincirlikuyu Cemetery in Istanbul.

Koç was the scion of the Koç family, one of the most prominent and wealthiest families in the country, and was chairman of the conglomerate Koç Holding since 2003, taking over from his retiring father Rahmi Koç who run the company between 1984 and 2003. He is survived by his wife Caroline and daughters Esra and Aylin. Koç also has two brothers, Ali and Ömer, who serve as board members of Koç Holding. Ali is the most likely candidate to succeed Koç as chairman of the company, as he has built the company's information and telecommunications group and served as its chairman for two years. The other brother, Ömer, who runs Tüpraş, is an unlikely candidate as he rarely makes public appearances unlike his media-savvy brother.

Koç was born in the capital, Ankara, as the grandson of Vehbi Koç, which founded the sprawling business empire with interests in almost all sectors of the country, from automobile manufacturing, energy, durable goods production and financial services to a pastry shop chain. After he graduated from George Washington University in the United States, Koç joined the Tofaş, automobile manufacturing arm of the company and worked as a sales manager in several companies of the conglomerate until 1992. Afterwards, he was appointed as deputy chairman, a duty he continued until he took over as chairman when his father announced his retirement from the position.

The late tycoon had a net worth of $1.05 billion according to Forbes list of the wealthiest people in the world, which put him in 1,712nd place.

Under his leadership, the conglomerate further boosted its revenues with new acquisitions and sales. In 2005, Koç took over 51 percent of Tüpraş, one of the largest industrial enterprises in Turkey and the country's only oil refiner, which was privatized by the government.

Apart from his business interests, Koç also served as honorary chairman of the Turkish Industrial and Businessmen Association (TÜSİAD), honorary consul of Finland, member of the Rolls-Royce Advisory Council and a congress member for Fenerbahçe football club. He was awarded the Cavaliere D'Industria Medal by the Italian government in 2005.

Shares in Koç fell 3 percent after the news of Koç's death, while the main share index was down 1.3 percent.

Vehbi Koç founded the group in 1926, just three years after the modern Republic of Turkey was established out of the ashes of the Ottoman Empire. That year, Vehbi Koç had taken over a grocery store from his father in Ankara and later become the local representative of foreign companies such as Ford Motor Co and Standard Oil.

Employing some 100,000 people, Koç Holding and its 100 subsidiary companies account for 9 percent of Turkey's exports and 18 percent of the total market capitalization of the Istanbul Stock Exchange (BIST), according to an investor presentation by the group this month.