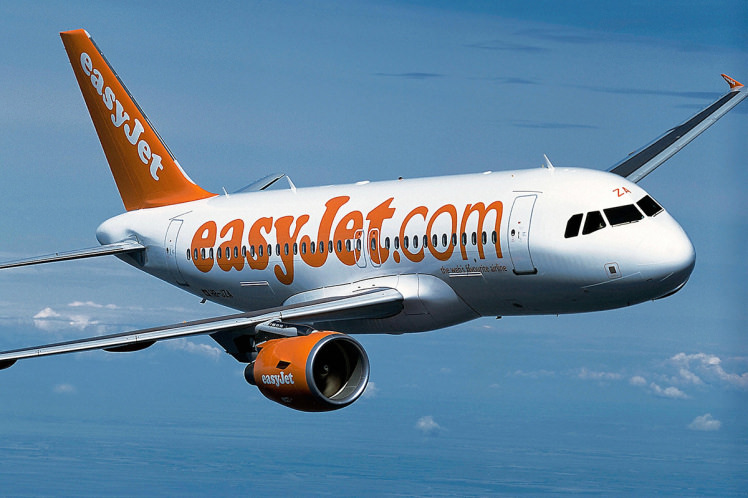 | AFP Photo
by reuters
Jan 26, 2016 12:00 am
Budget airline easyJet will campaign for Britain to stay in the European Union, with its chief executive telling consumers that membership encourages low cost travel between European cities.

Prime Minister David Cameron has pledged to renegotiate Britain's ties with Europe and then allow voters a referendum on EU membership by the end of 2017.

Stepping into a highly charged political debate, easyJet said the EU was good for its business and its customers.

"We will do everything we can to make sure that consumers understand that they are far better off within the EU when it comes to connectivity and low fares," easyJet's chief executive Carolyn McCall said on Tuesday.

McCall is part of the pro-European lobby group, "Britain Stronger in Europe", headed by former Marks & Spencer chief executive Stuart Rose. EasyJet would not be shy about its support, McCall said.

"We are very much happy to talk in favour of Britain remaining in the EU," she said in a conference call with financial analysts.

Rival budget airline Ryanair has also urged Britain to stay in the EU.

Several large British businesses have spoken out in favour of the EU, often due to the benefits of tariff-less trade. Many smaller firms have criticised the bloc for imposing what they argue are costly regulations.

easyJet operates over 600 routes, many of which are in the EU, with flights which connect London, Edinburgh and Bristol with European hubs such Paris, Geneva and Rome.

"We think it would be very difficult for our government to negotiate with 27 other member states to get the flying rights that we have today within the EU," McCall said.

EasyJet has detailed contingency plans in place, however, should voters opt for Britain to leave the EU.