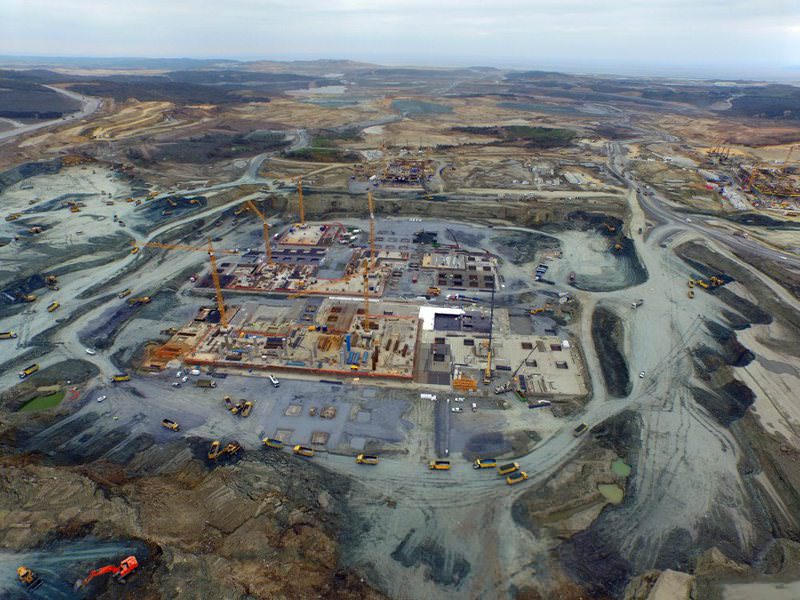 by Daily Sabah Feb 01, 2016 12:00 am
Transportation, Maritime and Communication Minister Binali Yıldırım commented on investments undertaken by his ministry in Istanbul, saying that they have implemented some of the biggest projects in the world to resolve Istanbul's traffic problem. Currently, the ministry has made investments worth around TL 17 billion ($5.7 billion) in Istanbul, and this will increase to TL 90 billion once ongoing investments that are being implemented via public-private partnership are completed.

Yıldırım said that there are only days left until the opening of the Eurasia Transit project, which is the sister project of the Marmaray under the Bosporus, which costs around $1.2 billion. "The Istanbul-İzmir Highway and İzmit Gulf Transit projects that are simultaneously being carried out cost around $6.3 billion; the third Istanbul bridge, the Selim the Stern Bridge, and the roads connecting it to the main artery roads costs around $2.5 billion; the third Istanbul airport costs around $13.1 billion; the Haliç Marina costs around $600 million. Once these projects are completed, they will ease the traffic problem in Istanbul and ensure easier transportation. They are almost at the completion level," said Yıldırım.

Also, adding that professionals from the European Union have offered to sign an agreement on the integration of Turkish and European aviation, Yıldırım said, "If the agreement is formed in accordance with Turkey's desires, the airline companies that carry out flights between Turkey and Europe will be able to carry out flights limitlessly. Thus, due to increased competition, ticket prices will go down."
RELATED TOPICS