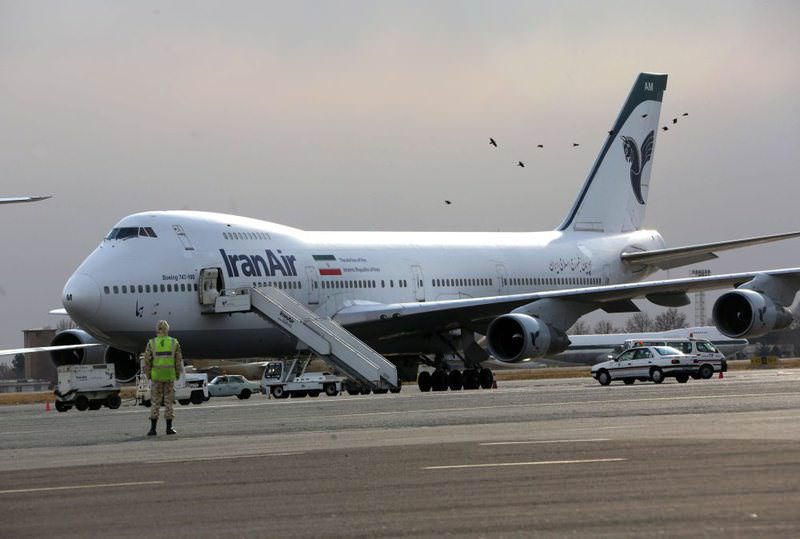 An Iran Air Boeing 747 passenger plane sits on the tarmac of the domestic Mehrabad airport in the Iranian capital Tehran. Iran plans to buy Airbus and Boeing passenger planes through long-term payment agreements.
by Feb 01, 2016 12:00 am

Iran's aviation industry is coming out of the shadows after the lifting of nuclear-related sanctions. In order to keep flying, Iranian officials needed to set up companies to try to do deals and then close up

In December 2012, aircraft trader James Kim received a letter from a company based in Cyprus offering to buy four jetliners. It was brief and to the point. The hitherto unknown firm was "ready, willing and able" to buy four used Airbus A340 jets for which Kim was trying to broker a sale.

"I talked to them and when I got the Letter of Intent with an Iranian name, I informed them that a deal was not possible because of sanctions," Kim, managing director of British-based aircraft trading company AvCon Worldwide, told Reuters. The company that tried to buy them, registered in a Nicosia apartment with two directors with names that sounded Iranian, vanished from the radar, Kim said in a telephone interview. The planes, for which there is little demand, remain with their Asian owner but the suspected approach typifies a shadowy trade in airplanes and parts that spanned the globe for decades. Suspected front firms sought to trade in spare parts and even whole aircraft, according to people involved in the trade and other experts who mostly spoke on condition of anonymity.

"The Iranians would set up companies to try to do deals and then fold them up. They didn't stay around for long," said Kim. The methods used to evade sanctions mirror those used in other countries that are or have been under international sanctions in recent decades, such as South Africa, Cuba, Zimbabwe, Iraq and North Korea. After the lifting of nuclear-related sanctions on Jan. 16, Iran's aviation industry is coming out of the shadows.

With an order for 118 Airbus jets witnessed in Paris by President Hassan Rouhani, Iran moved swiftly to exchange a collection of vintage jets held together with smuggled parts for a new fleet capable of taking on rival Gulf carriers. Like Cuba's preserved 1950s automobiles, the aircraft they will replace symbolise the ingenuity wrought by sanctions but also the scale of the task needed to reconnect the economy.

"Our strategy until now has just been to survive," Iranair chairman Farhad Parvaresh said. At Tehran's airport, rows of mothballed aircraft still sit with bright orange covers on their engines, ready to give up their parts for other old planes needing repairs. Through constant patching, transplants from grounded donor jets and discreet purchases, Iran's fleet stayed aloft although with an alarming safety record.

"It was state-of-the-art 'Under the Table'," Heydar Vatankhah, deputy managing director for engineering and maintenance at Iran's Kish Air, said of the overall effort. "Every airline has a mastermind on this," he said. Vatankhah spent 31 years helping to maintain an ancient fleet at state-owned Iranair including the world's oldest passenger 747, built in 1976 before the majority of Iranians were born, according to aviation consultancy CAPA, which organised an aviation summit in Iran in January.

One Iranian airline official, who asked not to be identified, said he had obtained a Western-built engine weeks after it left the factory by passing it through three countries. While Iran says it can manufacture parts, the preference was for genuine components, but they came at a price.

"It's simple. If this costs $10,000, I had to pay $70,000," the engineering chief of an Iranian airline said, waving a can of soda to illustrate his point. Others said they paid four or five times over the odds. As they did so, the middlemen prospered.

"After decades of doing this you see a lot. Everyone takes their cut. It's a dirty business," the engineering chief said. As confidence grew, a smuggled jet flew directly to Tehran Mehrabad airport, a former senior Iranian official said. However, Iran's covert resupply operation clashed increasingly with foreign law and intelligence agencies. The United States has targeted dozens of front companies suspected by diplomats of links to Iran's elite Revolutionary Guards, widely seen as a beneficiary of the sanctions trade.

"They (the West) listened to our calls and read our emails; of course we knew that," said one airline employee. "But we are commercial people, not military men," he said, adding the deals had been elusive but not always complicated. "They know where the wall is, but not where the hole is," he added.

The United States last year imposed sanctions on two firms in Iraq and the United Arab Emirates for helping Iran's Mahan Air purchase second-hand aircraft. The airline, Iran's largest, was blacklisted in 2011 for allegedly ferrying operatives, arms and funds for the

Revolutionary Guards' overseas unit. It remains under sanctions. Iran says it has been forced to use the black market to preserve safety following fatal accidents and sanctions that prevented it from gaining access to parts and manuals. The West says the sanctions were effective in convincing Tehran to negotiate the recent deal on curbing its nuclear activities.

"It was a great suffering for all of us, so we haven't been able to develop in this field," lawmaker Mahdi Hashemi, head of the parliament's Development Commission, told the CAPA event. Now, Iran's plans to absorb 500 new aircraft in the next decade look set to turn the well-worn system of improvised repairs and clandestine purchases on its head.

As middlemen dissolve into the post-sanctions landscape, with many of them expected to reinvent themselves as legitimate partners for investors, the airlines must contend with foreign regulators and insurers whose mindset is compliance. The can-do mentality which kept Iran's rotting fleet flying through sanctions will be less welcome in future. The problems of resuming normal operations do not end there. A revolution in plane design has taken place while Iran was off the market. While mastering every nut and bolt of the Boeing 747, its engineers must get used to new types like the A350.